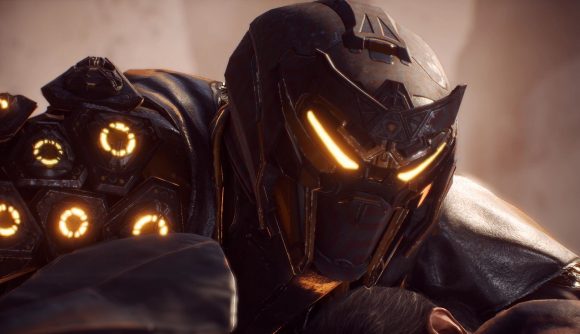 October 14, 2019 Anthem is still one of the biggest games of the year.

This week, retailers have begun offering some deep discounts on BioWare’s Anthem, bringing the title down to ultra-budget prices less than eight months after its debut. Anthem’s price had already tumbled quickly, but while that might suggest a flop, it’s still one of the most successful games of the year, at least in terms of US sales.

Anthem is the fifth best-selling game of 2019, according to US tracking group NPD. That’s right behind Mortal Kombat 11, Kingdom Hearts 3, Madden NFL 20, and The Division 2, according to Mat Piscatella on Twitter, and according to the full August report, Anthem has even outdone the likes of Resident Evil 2, Red Dead Redemption 2, and GTAV this year.

The data doesn’t include digital PC sales for Madden, Anthem, or the Division 2, but it still indicates that BioWare’s loot shooter did better at market than players have given it credit for – at least in comparison to other titles in 2019. August marked a 20-year low for game software sales, but overall sales in 2019 have been roughly on par with 2018.

None of that is to say that Anthem has delivered a quality gaming experience, as everything from its lackluster launch to its delayed and disappearing updates have shown. But the solid sales indicate that there’s still incentive for BioWare and EA to right the ship. Just expect it to take a while.

Earlier this year, the NPD reported that Anthem was in fact the best-selling game of its launch month, February. It had BioWare’s second-best launch sales of all time, losing out only to the critically acclaimed Mass Effect 3.