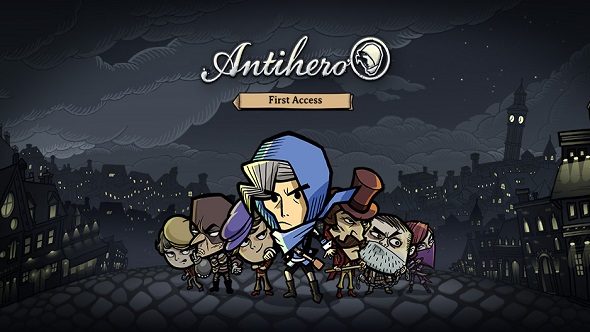 Partnering up with Gamechanger, 8-Bit Salute, Operation Supply Drop, Save the Children and St Jude’s Play Live charities, Versus Evil are hosting their first ever Charity Clash event this year, raising money for those good causes.

Play our list of the best free PC games and donate the money you save to a good cause.

The Versus Evil event will pit Twitch streamers against each other in Antihero, a fast-paced, turn-based strategy game about running a thieves’ guild in Victorian London.

The streamers will be battling it out to win the $10,000 grand prize donation.

“We’re hoping that this inaugural Versus Evil Charity Clash will be fun for everyone involved and that we can make this a yearly tradition,” commented founder and general manager of Versus Evil, Steve Escalante.

“We’ve always wanted to give back to a worthwhile cause and now’s the perfect time. We hope the gaming community will come together to support their streamers and help raise money for these important causes.”

Between now and PAX East on March 10, a bracket-style tournament will be livestreamed, with the final taking place a PAX. Viewers will be able to donate during the streams.

As an incentive, fans can also buy the Antihero charity shirt of their favourite streamer’s charity, with a portion of shirt proceeds going directly to charity.

The charity team that raises the most money will also win an Alienware Alpha PC, which will be given away to a viewer.

Check out the details on the official site.