It’s been hours and yet I can still hear Ape Out’s chaotic soundtrack ringing in my ears. It’s like a tiny person has crawled into my head and started rhythmically smacking my skull with a pair of drumsticks – but in a good way.

In Ape Out you play as a gorilla who’s trying to escape the confines of a highly-secure test facility. After breaking out of your cage you battle through levels of the institution leaving only death and destruction in your wake. As you hurtle through the concrete maze you encounter security guards who will shoot as soon as they spot you. You have two ways of dealing with them, both very gorilla – shove and grab.

First you must get in close, dancing around to avoid their line of fire, and then you can push them into surrounding walls so hard that their bodies explode in a splash of red blood. Grabbing enemies lets you use them as meat shields, and as this makes them fire their gun in a panic, you can use them to take out other security guards from a distance.

The action is fast and wild but it’s easy to keep up with it all as the visuals are kept simple – a top-down perspective and only a few bold colours illustrate your rampage.

This lets the soundtrack steal the show. Drumming follows your every move: throw enemies against walls to a crash of symbols, and as you go bananas on a group of enemies the soundtrack whips out a pair of bongos. 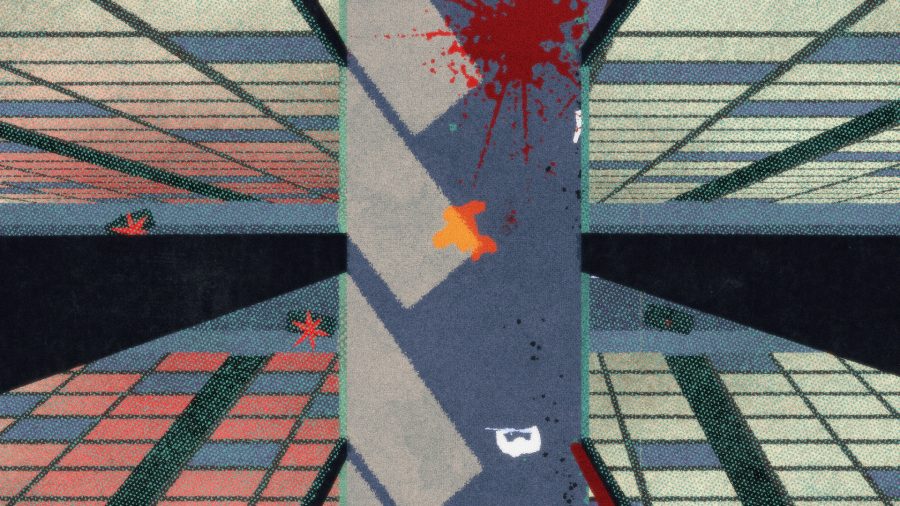 The loud violence is further accompanied by rapid gunshot fire, the tinkle of empty casings falling on the floor, blaring security alarms, and the shattering of glass.

It’s like I’m a conductor of an ensemble that only plays at the first sign of blood. As I play Ape Out, I’m reminded of brutal jazz-drumming film Whiplash, minus JK Simmons angrily barking “Not quite my tempo.”

There’s a deep level of concentration I sink into as I play. As the levels increase in difficulty I have to be more tactful with my actions, reacting intelligently to what the game throws at me. I discover I can rip off steel doors and throw them at enemies to completely flatten them. But with new instruments of destruction comes a need for more precision within my murderous improvisation. 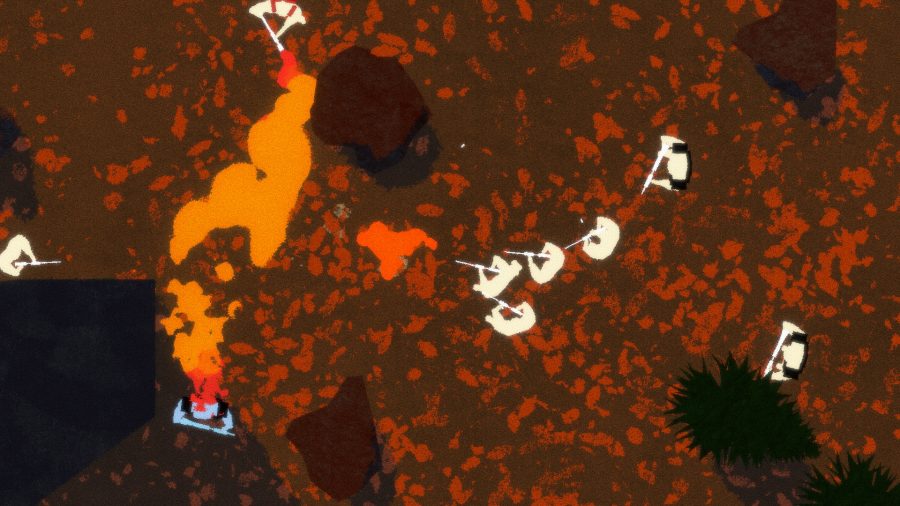 But death isn’t a deterrent as it quickly loops you back into another procedurally generated environment. This keeps the energy high, your anger raging, the manic drumming keeping you in a frantic moment that doesn’t break momentum.