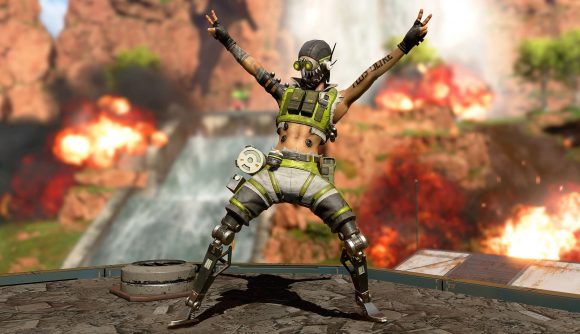 Ranked Apex Legends matches have been plagued for ages by ‘dashboarding,’ a practice where you can quit the game without any penalties to your ranked points. That means less than scrupulous players can hang onto the RP totals even when they’re eliminated from a match early, but the developers say that “judgement day will be coming” for those making use of the exploit.

There’s “no need” for players to report dashboarding manually, according to senior systems designer Eric Hewitt, because “we can see it on our end.” Hewitt adds that “there will be more immediate punishment in the future, just have to get everything lined up appropriately. We care deeply about the ranked experience, so things will be handled soon.”

While ‘dashboarding’ implies this is a console problem – quitting to a PS4 or Xbox One dashboard – it’s just as prevalent on PC through the usual Alt-F4 command. Some punishment for the practice has been in place for months, as Hewitt says “we’ve been acting on PC abusers since September.” The additional sanctions will include “both” resets and bans.

While Apex Legends hasn’t kept up momentum to hit the heights of PUBG or Fortnite, it remains one of the best free PC games out there, and a strong contender in the battle royale space. Hopefully, we’ll soon get a little more sanctity for ranked play.