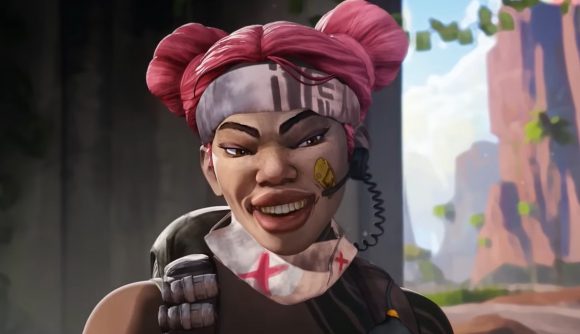 Top Twitch streamer Michael ‘Shroud’ Grzesiek says he has “about three games left” before he quits Apex Legends “forever”. Shroud made the frustrated comments during his return to the game a couple of days ago after having taken a break to recover from a scooter accident, during which he dabbled in Escape from Tarkov and PlayerUnknown’s Battlegrounds (PUBG).

His audience had requested more Apex Legends, with Shroud finally returning on April 15. It was during that session that he made the comments above (via Dexerto), frustrated by a lack of new content and laggy, ‘slow-mo’ servers. “I’d rather play PUBG, and that’s saying something. PUBG’s in a really good state right now, actually.” Shroud was vindicated when he encountered a slow-mo server in his very next game.

This is a problem for Apex Legends developer Respawn. If you spend much time on Twitch, you probably know Shroud. He’s a former CS:GO pro whose career as a streamer exploded alongside PUBG in 2017. He’s now one of the biggest streamers on the platform – indeed, by certain measures he’s the biggest, sitting proudly at the top of the ‘real’ Twitch sub count board, more than 10,000 subs clear of other giants such as Summit1G, TFue, DrDisrespect, and Ninja.

It’s often said that, more than perhaps any other genre, battle royale games rely on their streaming communities to keep them relevant, and after enjoying an initial surge of popularity on Twitch, Apex Legends’ viewership is in decline.

Shroud’s frustrations reflect Apex Legends’s underwhelming content pipe since its launch over two months ago on February 4. It has had only one new weapon, one new character, and a lacklustre battle pass, with cosmetics that left many unimpressed.

Although Shroud’s tastes clearly lean to more hardcore games than genre rival Fortnite, plenty of his peers dip into both. And interestingly, many complain of almost the opposite problem in Epic’s cartoony shooter, which gets patched so often that new bugs crop up regularly. It does get plenty of content though, which might explain why it still regularly pulls in over 100,000 viewers – unlike Apex Legends.