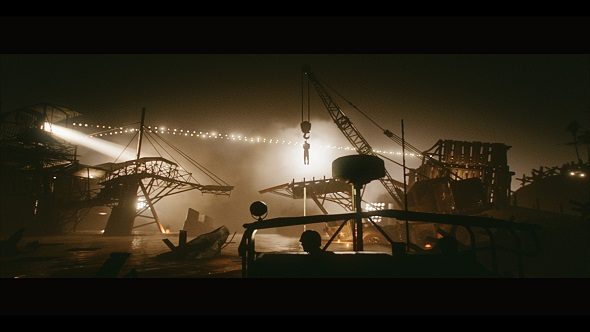 There’s an Apocalypse Now videogame on Kickstarter, and the Vietnam War-based title aims to focus on the horrors of war, capturing what made the movie interesting, from LSD weirdness to psychological terror. Unfortunately, with only nine days to go, the game is far short of its $900,000 goal. At the time of writing, pledges add up to just over $170,000.

For now, you’ll have to make do with our list of the best war games.

It doesn’t look like the project is going to make it, as exciting as it sounds. Here’s how game director Montgomery Markland describes it: “We are making a unique interactive experience with the Apocalypse Now videogame – it’s like Fallout: New Vegas on acid in Vietnam.”

With such lofty ambitions – and with even filmmaker Francis Ford Coppola’s backing – the team clearly isn’t ready to throw in the towel. To that end, they’re moving the fundraising to another platform. Oh, and they’re upping the asking price to $5 million.

The new site, at ApocalypseNow.com, will apparently provide “an entertaining and engaging space where fans and backers can get the latest updates and support the project through the entirety of the game’s development cycle”. It sounds a lot like the Star Citizen model.

Also like Star Citizen, the project sounds super interesting. I just hope it sees the light of day and gets the funding it needs. That jump in asking price is pretty damn steep – especially when the Kickstarter has already proven there might not be that much of an appetite for it.