ArcheAge’s next big update goes live today, and it’s got a real fun twist. Bloodsong introduces a brand new dungeon, Mistsong Summit, that’s home to three bosses and a whole lot of challenge. But that’s not even the best bit: one of the boss battles is musical-themed, and it’s basically a meeting point between Guitar Hero and MMOs. It’s absolutely insane, and a real highlight moment in a pretty packed update.

Mistsong Summit is a very eastern-themed dungeon area. Pointed architecture and cherry-blossom trees adorn the brightly coloured zone where five players can tackle the three new bosses in any order they please. It’s a level-55 dungeon only accessible to the hardiest of players, and so it comes of no surprise that the bosses are pretty beefy.

Each boss is guarded by a series of gatekeepers, as well as environmental puzzles to overcome. The bosses themselves have unique approaches to battle, but most notable is demigoddess Aria. Her showdown takes place in a massive theatre. Upon stage, great screens flash rune symbols, which are also engraved on the floor you stand upon. As they appear, you need to run to the correct rune to stay safe. It’s a sort of rhythm-action-meets-Simon Says game that you’re doing alongside battling the evil songstress herself.

“Most people are comfortable fighting a boss,” explains senior producer Merv “Khrolan” Lee Kwai. “But when you add in the fact that you’re dancing around the room and trying to keep up with what’s going on in the environment, it adds another interesting layer.” 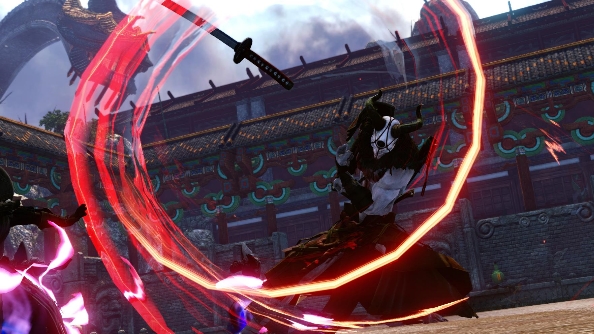 Oh, and at the same time you’re being bombarded by an upbeat, EDM soundtrack recorded especially for the game by Invocation Array. You can get a taste of it in the trailer above. It’s been created for the English language version of ArcheAge (the original Korean version has a more K-Pop style track), and it makes it unlike any MMO battle you’ve fought before.

The three bosses drop unique plate, leather, and cloth armour, so what your character wears will dictate which boss you’ll likely want to tackle first. The armour is hardy stuff too, and has been designed to be worn as protection when attempting Mistsong Summit’s Hard Mode difficulty, which will be added in February.

The 2.5 update is more than just a dungeon though. 14 new quests related to the new area’s storyline have been added to the wider world to ensure it’s more than just a gated moment. “Blood, Sweat and Training” daily quests offer something for every return visit. 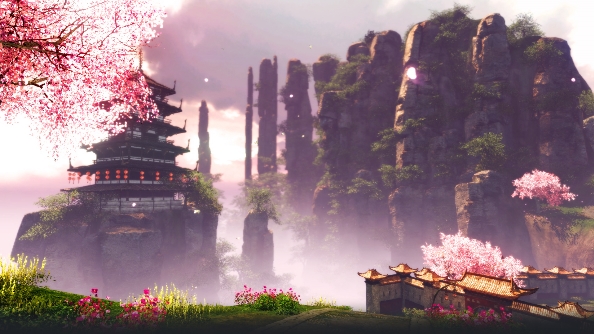 For the more peaceful player, new player housing will be available, including some lovely tree houses in oak, cherry, or birch varieties. They’re split over three floors, and have plenty of space for crop cultivation beneath the canopy of leaves. And, naturally, they can be decorated with any of the selection of 50 new furniture pieces.

PvE isn’t the only area getting some attention in Bloodsong: PvP arenas are getting a pretty hefty expansion, too. For any player over level 30, 1v1 Sparring Arenas and 3v3 Skirmishes will be available. For these each player must choose a set of skill sets when entering, which are set at level 55 for everyone to ensure a completely even playing field.

“When you play in these arenas all of your gear is irrelevant. None of the stats or bonus matter. It’s a contest of skill, rather than who has better gear or who can drink the most potions,” explains Kwai. “What we’ve seen is players who are intimidated by the PvP elements of the game are more willing to try this because of the level playing field.” 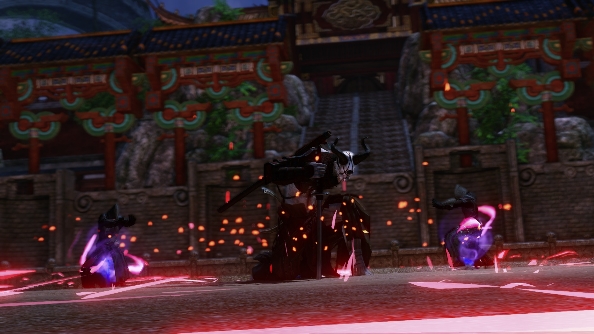 Existing players, those returning to the game after not playing for up to 30 days, and new ArcheAge players can grab the Bloodsong Welcome pack. Inside is a new Springsong Greeman Suit costume and the Wisdom Tree combat pet. There’s also a box that can be opened every day for 14 days that will provide consumables and other Bloodsong-themed items.

The Bloodsong 2.5 update and all its new features are available to US ArcheAge players right now. The EU servers will be updated on January 27th at 2:00am.