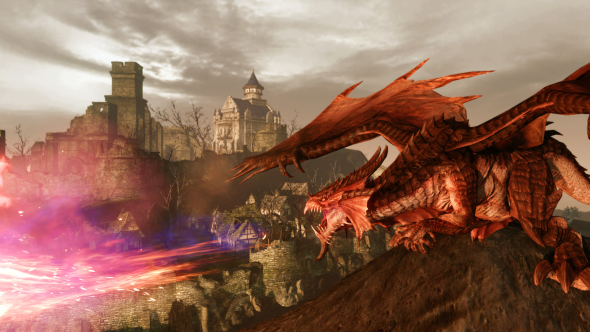 Why does Westeros wet the bed at the prospect of Daenerys Targaryen? Because she has a fleet of ships, dragon babies, and the will to use both. That can be you too, you know, in ArcheAge. The MMO has long offered satisfying naval combat, but only in the new 4.5 update does it provide the option of buying a hatchling, raising it as your own, and riding about on its back like some kind of continent-conquering dragon knight.

Dragons come in red, green, and black varieties, but as with any questionably domestic animal, there’s a lot more to it than picking the colour. If your new pet is capable of roasting your skull with a burp, it’s best to bring in the experts – and so you will work with Daru trainers to acquire the right items and raise your dragon properly.

Once fully grown your dragon can be fitted with armour, ready for combat in the skies. You can search for a battle to join, or have your winged protégé loom over your shoulder while you potter about the world completing questlines – like the new one exploring the power of the red dragon raid boss. Nothing lends power to your words like a companion capable of knocking a person back 30 metres with a bat of their wings. 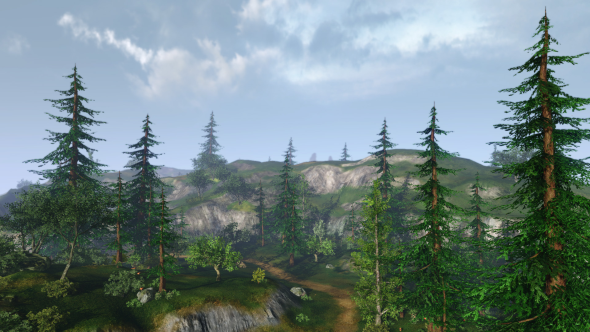 With any long-running MMO, it can be easy to feel like you have missed the boat – or in ArcheAge’s case, the luxury liner. The Fresh Start initiative is an ingenious solution to the problem: rather than chasing a level cap that feels forever out of reach, you and an entire server can start from scratch, experiencing ArcheAge in a time capsule.

This is no legacy proposition: over the course of several months, ArcheAge’s two new servers will gradually reintroduce bosses and major systems like castle sieges and hero elections, growing just as the game did in the years after its launch. The idea is that, here at least, everyone starts on equal footing. The level cap will rise at a comfortable pace, gear progress will be carefully managed to match, and marketplace restrictions will ensure nobody gets a head start. It might not be the way Ayn Rand would have liked it, but it is a brilliantly elaborate way to relive the launch of ArcheAge – or experience it for the first time.

There are two of these new progression servers in operation: Ezi for Europe, and Nui for the US. 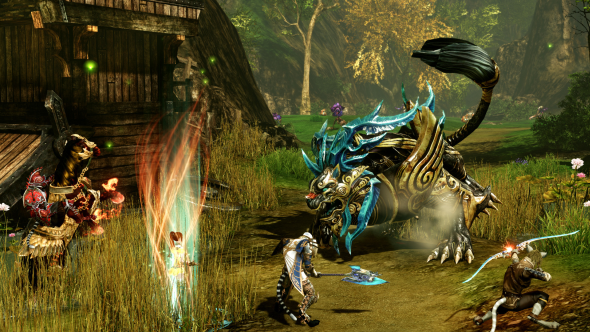 When a big boss falls, a natural lull follows. Weapons are downed and emotes are triggered in celebration. Everyone has earned a rest, right? Wrong. With the introduction of the 4.5 update, the Shadow itself now lashes out after the death of a major world boss. This retaliatory action takes the form of new rift events called shadow invasions.

The rewards for surviving an invasion will be significant, incorporating rare materials and Gilda Stars. Gilda Stars are the currency used to buy blueprints for houses, ships, furniture, mounts, and vehicles on Mirage Island, the ring-shaped strip of sand that doubles as the game’s main trade hub. A good pirate never refuses a Gilda Star or 30.

Craft and battle your way to greatness 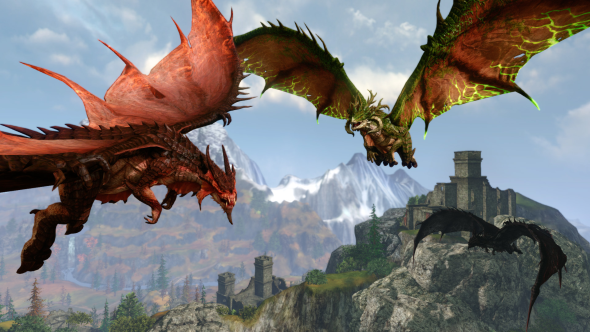 Crafting is all about change, so it is only fitting that the crafting system itself should be upgraded once in a while. Previously, failing to regrade items would result in their destruction – but now you can continue to use them regardless of the outcome. New crafting requests, meanwhile, enable more direct and safe transfer of items produced for gold. All in all, there is less risk involved in realising your creative ambitions thanks to Legends Return.

Finally comes the battle balance update. It may not be as visibly fearsome as a fire-breathing beast or shadow incursion, but is just as dramatic – shaking up the game’s meta by overhauling every skillset.

Just as ArcheAge’s progression servers pull it nostalgically back, its new features push it forward – rather like the waves of the ocean. A free-to-play ocean, that is, with castle-building and a player-driven economy. You won’t find that on your package holiday.