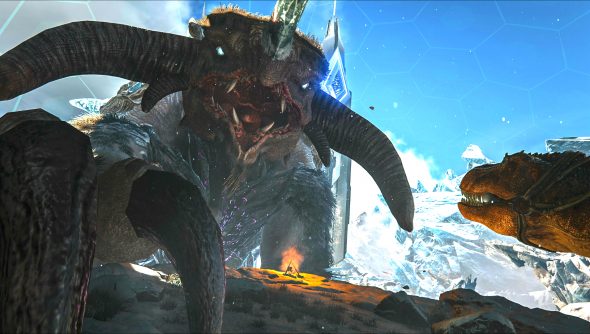 Ark: Survival Evolved’s latest expansion, Extinction, takes us to Earth. After exploring the prehistoric paradise of The Island, Scorched Earth’s vast and hostile deserts, and not forgetting the unstable subterranean caverns in Aberration, we’ll finally be able to see what condition the Earth is in.

Given that previous expansions for Ark: Survival Evolved have covered a wealth of genres, including sci-fi horror and sci-fi fantasy, the biggest question is how developer Studio Wildcard has decided to warp our home planet.

“It’s still got sci-fi roots, but it’s kind of a ruined world in the sense that the natural life is taking over and taking its own turn,” Jesse Rapczak, co-founder of Studio Wildcard, explains. “There’s a lot left behind there by a civilisation that doesn’t seem to be present any more.”

Ark: Survival Evolved is among good company as one of the best survival games on PC.

The development team promise that Extinction will be a “satisfying payoff” and “a satisfying climax to the Ark storyline.” The idea is to give the community answers to several questions that have been left burning after previous expansions. That means we’ll finally find out the origin of the creatures we’ve got used to fighting and taming while the purpose of the Arks that have appeared across the expansions will also be revealed.

Extinction will feature a combination of new and returning biomes. We already know about two of these areas, including a location known as No Man’s Land and a city environment where we’ll begin this new story. 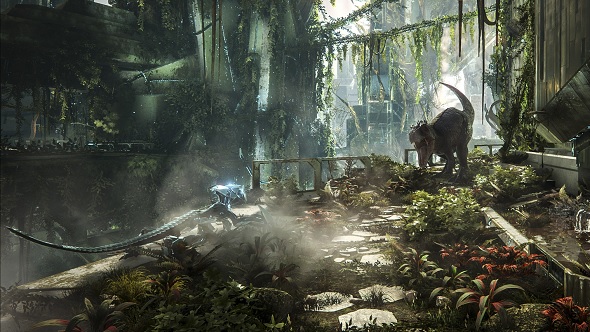 No Man’s Land, in particular, offers new and interesting play possibilities, with the material Element playing a huge role in introducing these experiences. This material will corrupt non-aggressive dinosaurs, altering their behaviour dramatically and making them act as a hivemind with other species. You’ll also encounter harvestable Element veins out in No Man’s Land, leading to mini-events the team describes as being similar to a “tower-defence” game or a “wave-based shooter.”

“Nearby and corrupt dinos who have Element integrated into them will be drawn to this to consume it and become stronger,” Chris Willoughby, lead programmer on Ark: Extinction, says. “But players will also be drawn to it because Element is a powerful resource. Both to power previous items and things that we have in the game as well as a bunch of new things.”

In addition to corrupt dinos, there will be a whole new range of creatures to discover out in the wild. In the teaser, we got our first glimpse of the Titans. These hulking beasts will act as boss fights out in the world but can also be tamed. The purpose of the map will be to search out these monsters and master them, before eventually taking on a final boss. There will also be new explorer notes and caves to find if that’s more your pace.

Studio Wildcard has released art for two new creatures that will roam the city: a lizardy cat-like robot called the Enforcer, and a smaller mechanical being named the Scout. These two creatures are meant to patrol the city and keep other creatures out, but they can also be tamed and used for your own ends. The Enforcer, for instance, has a teleport ability that allows you to traverse the city easily, running on walls and moving from platform to platform, while the Scout will let you scope out different areas remotely.

Another interesting new creature that we’ve heard about is the Gasbag. This is a small tardigrade-like creature that can inflate and deflate to jump long distances.

“What’s cool about it is that we’re basically using it as an opportunity to introduce a really strong pack mule-like character,” Willoughby says. “So, you’ll be able to load this thing up and it won’t be able to walk fast, but it can use this leap ability to vent the gas out and suddenly it can jump great distances. It becomes a viable for moving things great distances.” 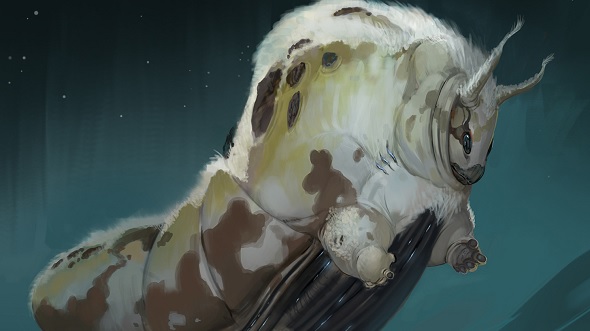 According to Jatheish Karunakaran, lead community manager at Studio Wildcard, the Gasbag’s functionality is an attempt to address some of the concerns the community had, particularly in relation to transporting items. This isn’t the only design that’s meant to alleviate issues within the playerbase. The Cryochamber will allow you to freeze dinosaurs and put them in your inventory, meaning you can carry tames around with you and trade them more easily with other players.

Ark: Extinction is scheduled to arrive on November 6. This time around, Studio Wildcard is allowing plenty of time to prepare for the deadline but also to ensure enough scale testing id done so everyone who wants to access the DLC from day one will be able to. This will no doubt come as a relief after Studio Wildcard disappointing in the past with delays, a perceived lack of communication, and overpopulated servers.

In the meantime, you can jump into Ark: Survival Evolved and its two canonical expansions Scorched Earth and Aberration, which are now part of the Extinction Chronicles event – it adds new explorer notes, Tek-themed dinosaurs, and skins related to the Extinction DLC. Studio Wildcard hopes these drops and new additions will help ease us all into the new expansion and make the wait that little bit more tolerable.