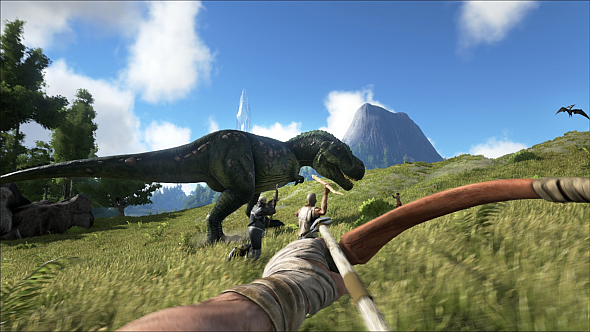 Ark: Survival Evolved is almost out of Early Access, nearing that point of becoming a full release, which means the final patches before then are almost out. What exactly that’s going to involve, though, we don’t yet know – the patch notes won’t be out until next Tuesday, and it looks like some of the endgame content might even be under wraps until players manage to find it.

For more on Ark: Survival Evolved, here’s everything we know about the game.

We decided to approach the developers of Ark to find out whatever we could about that endgame content and what we might expect from it. Navin Supphapholsiri, executive producer for Ark: Survival Evolved, said that there’s no real easy way to describe the endgame content. Instead, he just described it by saying that Ark’s endgame content “definitely will set you up for the expansion packs.” Ominous.

August 29th is when Ark: Survival Evolved is coming out – find out what that endgame content entails then… if you can make it that far.