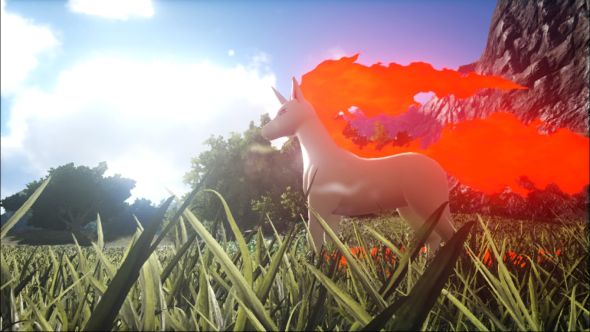 Dinosaur-taming survival game Ark: Survival Evolved just got a mod that replaces its ferocious dinosaurs with cute, smooth-textured Pokémon. Unfortunately, according to the Workshop page, a copyright infringement notice has been filed against it, so there’s a chance it may be taken down soon. You may need to hurry if you want to “acquire all of them”, as Pokéfans like to say.

Ark made our list of the best survival games on PC.

At time of writing the mod is still available to download here. The mod’s author, Mystic Academy, admits that the models and animations used were lifted directly from other games, with changes only made to get them working in Ark.

Interestingly, according to PC Gamerwho followed up with Mystic Academy, the copyright strike “appears to have been submitted by another modder (or a supporter of that modder) who is also developing a Pokémon mod for Ark”, rather than by any of the official Pokémon copyright owners. This doesn’t necessarily weaken the copyright strike, but it’s a bit interesting that a rival modder (or supporter thereof) is resorting to legal claims to sabotage this mod. One hopes that when his/her work is uploaded, it conforms completely to the Steam subscriber agreement.

The mod’s Steam page features a video by the eager YouTuber Riot, which you can watch here if you’d like to get a sense of how it plays. It looks pretty fun, and strips out the resource-gathering aspects of Ark in favour of just hunting, fighting and riding Pokémon.