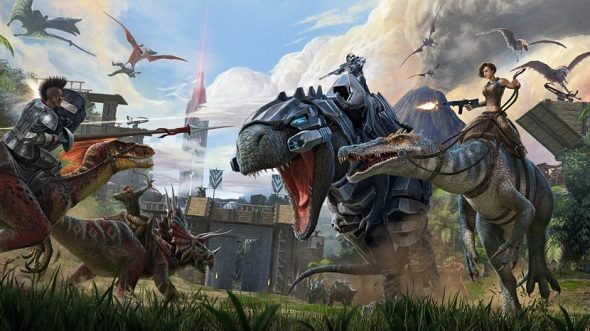 Good neighbours are hard to come by. That goes for online game spaces as much as it does actual real estate. Ark: Survival Evolved, and its industrious population, perfectly demonstrates this.

The game has you craft increasingly complex items to survive a harsh land filled with dinosaurs and wild beasts. To do this, you need to set up a base in which to work out from, and to return to when hungry or tired. That would be a enough of a challenge but Ark also suffers from a massive overcrowding problem and a major shortage of resources. This makes it hard to set up a base in the first place, let alone find someone you’re comfortable living next to. 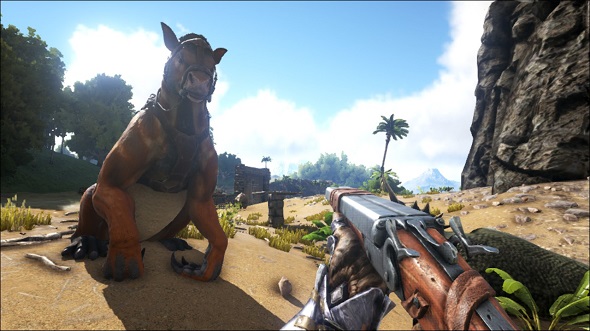 On one PvE server, I set up a gorgeous homestead in a picturesque part of the map, and tamed a number of creatures with too many teeth between them to count. Every morning, I’d wake up to see the sun cast long beams across the beach outside, making the sand glisten like tiny gems under a jeweller’s light. It was paradise.

I even had charitable neighbours, with one person gifting me a pteranodon when he saw that mine had died in a sabretooth attack. It was all going well. But then a nightmare neighbour moved in down the beach. 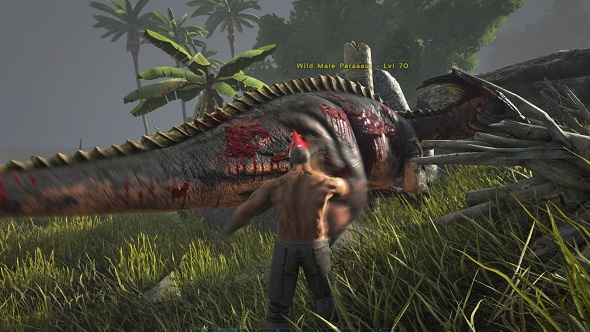 At first, everything was fine between us as we went about our business in peace, ignoring each other as best we could. However, he gradually started to use floors and other materials to extend his boundaries onto my land, enveloping the beach entirely and essentially limiting me to the space that I had already occupied. This wouldn’t have been so bad if he didn’t also cover up most of the resource spawns in the area – the Ark equivalent of digging up somebody’s beautiful garden and then salting the earth to ensure nothing would ever grow there again, aggressively maintaining eye contact the whole time.

This wasn’t his worst transgression either. That honour is reserved for his disastrous decision to lead a wild titanosaur through a number of bases and past my front door – an action that ended up killing more than 40 tames in total and destroying the hard work of a community of players. 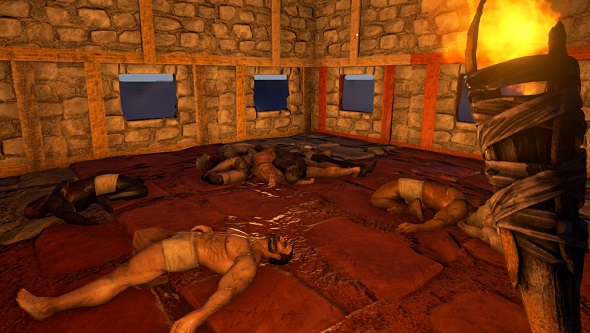 I left the server soon after. It was a hard choice to make, but I felt it was a necessary sacrifice to get away from the nightmare next door. Every time I tried to rebuild he would find a new way to make life miserable for me and the surrounding players, hence I grew excited at the prospect of making a fresh start somewhere new.

Ever since, though, I‘ve struggled to find the same sense of community that I experienced in the early days of that server, with pillars and impenetrable bases compacting every new land mass that I arrive in. There just isn’t enough room. 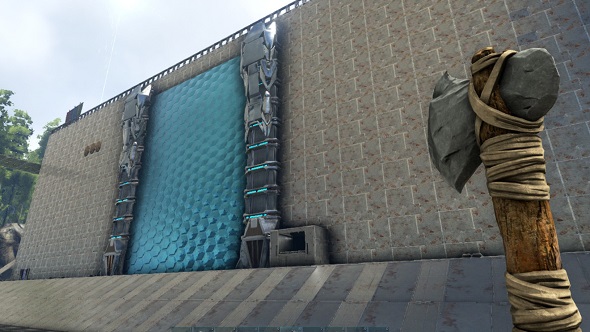 In online multiplayer games, the communities you are a part of often shape your experience more than the systems or the mechanics in place. This is especially true in the case of Ark: Survival Evolved. At the moment, I live as a a digital drifter exploring an unforgiving landscape filled with deadly traps and aggressive predators. But I can deal with those dangers – in what could be considered a grim reflection of our own world, the biggest problem is overpopulation and ignorant homeowners.

Hopefully, I can find a new place to call home soon, one where the person next door respects boundaries, and has absolutely no interest in attempting to tame apex predators.