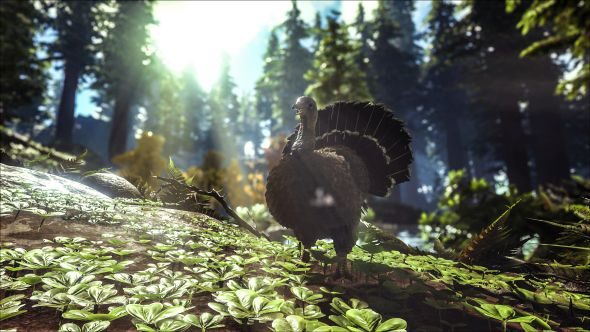 Dinosaur-farming, gun-shooting ARK got another big update as a Thanksgiving present. It adds “savage, blood-thirsty mutant Super Turkeys” to the game’s biomes, who when hunted and killed award special crafting items to create a limited time special headdress. The Turkey Trail has happened before, so there’s some other goodies in there as well. It comes alongside a main patch update that also adds a host of new features.

If you prefer your survival undead-orientated, here are some great zombie games.

The new trailer, above, shows off the dinos, and there’s further details over on Steam as to everything that’s going on.