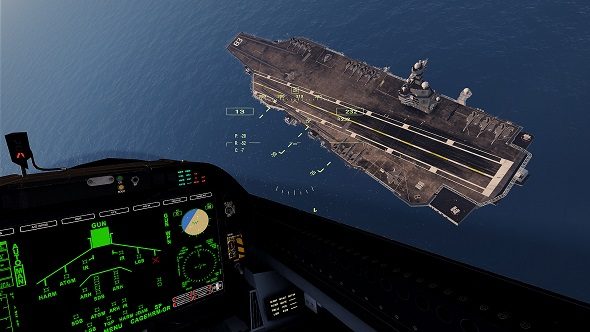 Bohemia Interactive have announced the release date for Arma 3’s Jets DLC, which is touching down mid-May. At the same time, players will be getting access to the CVN-83 “USS Freedom” Aircraft Carrier, whether they buy the DLC or not.

If you’re into military-based experiences, check out our list of the best war games.

That nuclear-powered aircraft carrier is an object for the editor, but don’t get too excited – it may look cool, but it isn’t drivable and it’s just a static object. See how it sits in the water without interaction in the trailer above? Yeah. You can land and take off from it, mind.

There’s a 10% discount on the Jets DLC if you pre-order on Steam prior to release.