Armored Warfare, Obsidian’s F2P tank battler, is a game that immediately needs to separate itself from its peers. Specifically, the shadow of Wargaming’s hyper-popular World of Tanks looms large over every element. The UI is immediately reminiscent, the controls similar, the large-team vehicular combat concept not far from identical. Cynical eyes are immediately looking for excuses to label it a clone at best, cash-in rip-off at worst.

If multiplayer’s your thing, check out our picks for the best MMOs.

How it differentiates itself and crafts its own identity is therefore important, and it begins at the earliest design point. The choice to focus on later periods of history all the way up to the modern day when it comes to selecting vehicles. By departing from the strict boundaries of a World War 2 timeframe, Obsidian – and it really is an Obsidian game, with a huge swathe of their offices and their largest team ever dedicated to the tank sim with no outside development help – have given themselves more room to play in.

It allows for a more natural scale of progression, going from tanks that were deployed in Vietnam, through conflicts in the late ’80s and early ’90s into what’s being used by armed forces around the world today. For tank laymen such as myself, that means that you’re getting an obscene amount of bang, armour, speed and precision for your digi-buck.

Sitting down with art director Robert Nesler, he talks about separating from World of Tanks and others. “It was just a constant discussion. ‘How can we be different and still be fun and enjoyable?’ There’s certain elements that just have to be there. Tanks, third person shooting, chat, vehicle information, consumables – that was the foundation that we really couldn’t ignore. [That’s where] we are similar, but we have to find ways to make it a unique experience for people, making it more engaging and also the modern tanks was obviously a huge pillar. That forced us to evolve the gameplay to accommodate the technology.” 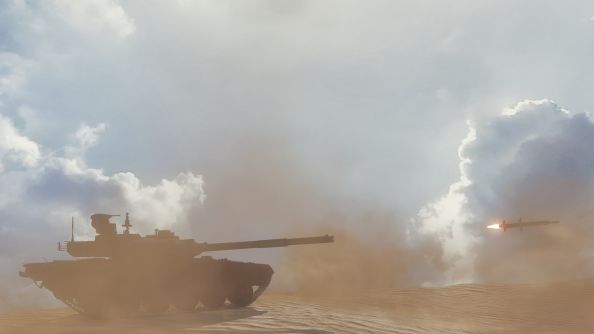 In pulling away from other entries in the genre, Obsidian have turned all the dials to 11, most notably with the newly announced Tier 9 vehicles. The Challenger 2 is the game’s newest, hardiest death-house. With its front end parked towards the enemy it’s an almost impenetrable wall of metal, shells of limb-sized calibre pinging off its slanted sides. Rather than a large health bar requiring sustained pounding to break (though the C2 is not without its hit points either) exposing its weaker side and rear armour is a strategic challenge to overcome.

You need to get around it. Not only is that the best way to play, it’s the most fun way. I learned quickly that picking a camping spot and staying still was a sure-fire way to be outflanked and destroyed. It’s also boring, blasting away at the advancing front-side of enemy tanks as they bounced shots off my own neigh-invulnerable hull. The excellently named CRAB came to the rescue. It’s an AFV – Armored Fighting Vehicle – rather than a tank, a wheeled machine that can dash about terrain and reposition easily, as well as having access to strafe movement.

And it’s fast. Far quicker than anything else I’ve seen in the genre. It can cross the map in the matter of seconds, darting behind buildings to dodge shots that are deadly through its paper armour. The purpose of this goes beyond the enemy spotting and scouting that lighter vehicles are usually relegated to – the CRAB packs a fast-firing, high-damaging autocannon punch, as long as it can reach thinner armour angles.

Charles Staples, systems designer, explains how all this is balanced, “We start off our vehicles with realistic speeds, armour values etc. and then we start tuning it for gameplay. We tune it for our classes to make sure that main battle tanks are a little bit slower, they’ll have a lot more armour, they’ll have good cannons. Our AFVs will be much faster and have better vision ranges. For modern tanks [in the real world] vision ranges are… miles. Our maps are not big enough to handle that. So we have to gamify a lot of these situations just to make it fun.” 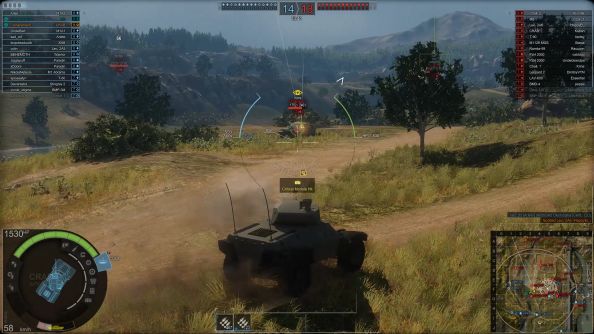 The CRAB was great, and felt like an entirely different game to how I’d played Armored Warfare up to that point and World of Tanks in the past. It’s all thanks to Obsidian’s commitment to these classes and giving them special abilities to help keep them distinct. Clearly AFVs take a scouting role, so theirs is based around locking a single target in your team’s vision.

This helps in keeping your artillery and tank destroyers on target. The latter serve as snipers and currently Obsidian are looking at giving them a suppressor-like ability. It won’t make attacks totally silent – and isn’t especially realistic, with prototype and near-future tech starting to creep into the latest developments for the game – but does give you less visibility on each shot, meaning it drops to zero faster when you move from one hiding place to the next.

You can see how these ideas have evolved from Obsidian’s experience with single-player RPGs. Everyone I spoke to from the development team agreed that it had been a weird and original challenge going from the likes of South Park and Pillars of Eternity to this. Programmers have had to become experts in server tech, designers finding ways to apply their skills in a new environment, even storytellers getting in on the action.

“It was really strange, especially coming off of South Park, because that was [mostly] fart jokes – kind of different,” says Staples “The multiplayer aspect is something new for me in my career. So it was a pretty big change, a lot of it was playing games in the genre, seeing what it’s like and then getting used to it, trying to learn as much as possible about multiplayer games.” 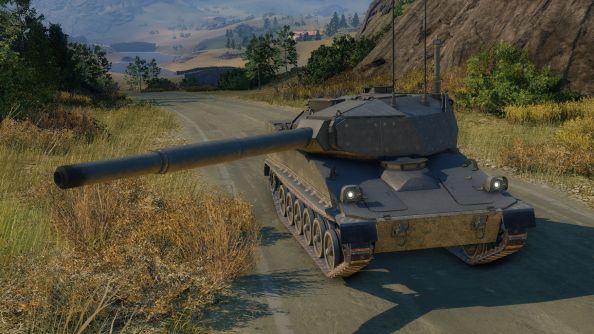 There’s unlikely to be any tank romance, but Obsidian do want to have a narrative running through the game’s surprisingly popular PvE modes. Originally planned as simply a tutorial, the closed and open beta tester communities have both latched onto the five-person co-op missions as content they want to see expanded. Staples explains how it all happened from Obsidian’s perspective:

“We were going to do some PvE but not as much. Then as we announced it and did some of our Early Access with PvE in it, we were surprised at the level of interest and the amount that people played it. So we have put more effort into expanding how much PvE content we are doing. On the live servers, 30% of our players are solely playing PvE – that’s a pretty sizable portion. There’s a lot more matches of PvE being played, though the queues go off a bit faster because the games are usually shorter and it only takes five people, instead of getting 30 people in for PvP.”

That’s thousands of players who only interact with the game in this way, blowing up dozens of AI tanks and seeking out side objectives in each one. In response, Obsidian are redeveloping that area of the game to support those players. They’re using it as an opportunity to possibly explore expanding the vehicle pool to include non-ground-based options such a helicopters, or have multiple players controlling single vehicles in a more realistic simulation of life on the battlefield. These are options they haven’t yet committed resources to, but have had internal discussions about. Something more concrete was confirmation that the persistent PMC-base-building is to be expanded. 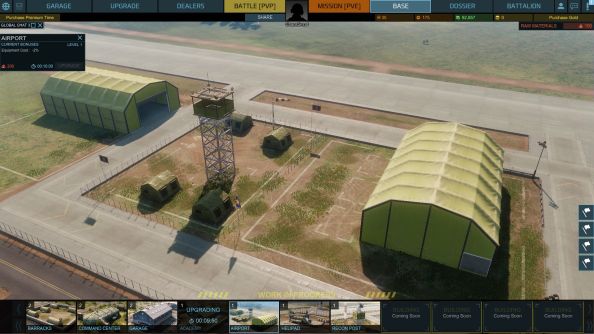 These PMCs will form the basis of the story, though Obsidian don’t have details to share yet. It will, at least initially, be broadcast through flavour text and background details, an extra to be absorbed rather than shoved in player’s faces. Eventually they wish to create a full PvE campaign, but it’s currently sitting in the paper design phase.

Speaking to the team, what’s clear is that while Armored Warfare has the developer’s full attention, they have a lot of things they’re thinking about. They’re adding content like the Tier 9s while redesigning systems from the ground up; figuring out what their community wants from the game while still developing its identity. Replays, observer mode and easier ways for players to challenge each other are also in the works, pushing the game towards an e-sports future that Obsidian want to support, but are letting the community develop first. It’s going to be a long road towards 1.0, but Armored Warfare is already fun. Most importantly, it’s already different from its rivals.

Want more Armored Warfare? We’ve gathered all the Tier 9 announcements into a handy post for you.