Richard Garfield, the creator of Magic: The Gathering, is working on Valve’s forthcoming card game, Artifact.

That’s according to Valve boss Gabe Newell, who was speaking with PCGamesN and other journalists at an Artifact reveal event today.

Garfield has an academic background in computer mathematics and combinatorial mathematics. He designed Magic as a grad student at the University of Pennsylvania, launching it in 1993, and dropped out next year to work on it full time at publisher Wizards of the Coast.

We’ve no details on Garfield’s role on the Artifact team just yet, but we’re still at the event, and will update this story with anything new we learn.

Newell tells us that Artifact was developed – or perhaps the better word would be ‘fostered’ – in Valve’s now-famous flat structure. “Nobody told anyone on the Artifact team to go and work on Artifact,” he says. As with Valve’s other projects, it will have slowly attracted talented people as it took shape. Hopefully this is an indicator of its quality. 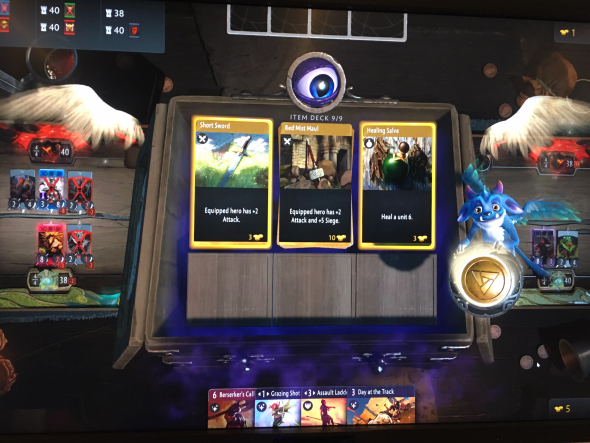