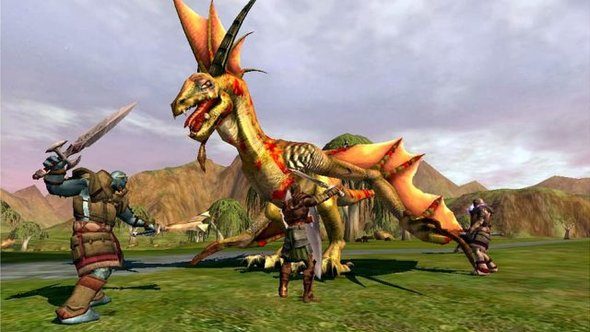 Asheron’s Call is undisputably one of the granddaddies of the MMO genre. Released during the golden age of MMOs way back in 1999, it was originally published and managed by Microsoft Game Studios before being sold to developers Turbine, whose roster of MMOs has included both Lord of the Rings Online and Dungeons & Dragons Online. In 2010 Warner Bros. Interactive Entertainment took over and it is that division of the highly regarded movie producing corporation who made the sad decision to close down the servers. On January 31st 2017, Asheron’s Call will be no more.

In need of an MMO fix right now? Check out our guide to the best MMOs on the PC.

However, as is often the case with something that they’ve been enjoying for 18 years, a lot of people out there aren’t too happy about losing Asheron’s Call and a dedicated group of fans have set about attempting to save the RPG from extinction. Armed with little more than a passion for their game and a Facebook group, the Save Asheron’s Call community are attempting to convince Warner Bros. to consider selling the game to someone who will keep the servers up. Unfortunately, they have been thoroughly rebuffed with Warner Bros. stating that they are “not able to keep the game running or entertaining offers to provide the game to a third party.”

Of course, this isn’t the first time this sort of thing has happened. Some of the PCs most loved MMOs, the likes of Star Wars: Galaxies and City of Heroes have gone the way of the dodo. Last April, even the great Blizzard joined in by shutting down World of Warcraft fan server Nostalrius and while that might not be exactly the same thing, we can assume it felt very similar for the guys who were playing on it.

The future is very uncertain for Asheron’s Call but there is one thing we can be sure of and that’s the dedication of the fans who have been playing for nearly 20 years.

If you want to get involved then you can join the campaign at their Facebook page. For a last chance to visit the lands of Ispar and Auberean, head over to the game’s official website.