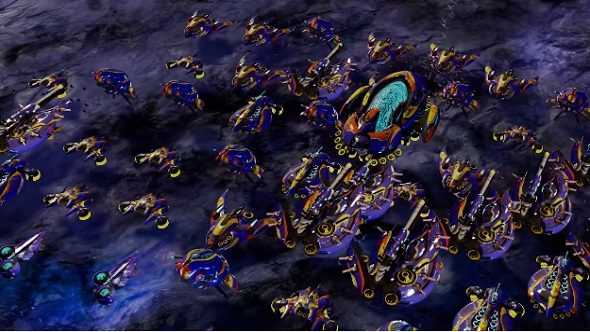 Stardock have just released their latest DLC pack for Ashes of the Singularity, titled Inception. This expansion adds four new maps for single-player skirmishes and multiplayer, alongside a new ‘split-scenario’, where players can choose between either the PHC of the Substrate to experience the story.

For all your armchair strategists, take a look at these great PC strategy games.

Taking place on the planet Oneiros, Inception’s split-scenario has players picking either the PHC or the Substrate, as both factions battle with a mysterious substance called Nihilon. If you play as the Substrate, your goal is to save your fellow AI and find out how Nihilon infected their consciousness. For the PHC, your goal is to simply eradicate all of the threats present on Oneiros, no matter what. You will need to play through both sides of the split campaign to find out what caused the Nihilon to strike both factions.

The four new maps coming as part of the Inception DLC range in size and player count, making them suited for a whole variety of matches. They are as follows:

The Inception DLC only costs $2.99/£1.99, making it quite the bargain compared to most DLC campaigns. Ashes of the Singularity is available on Steam for $39.99/£29.99 and includes the sizeable Escalation expansion as standard.