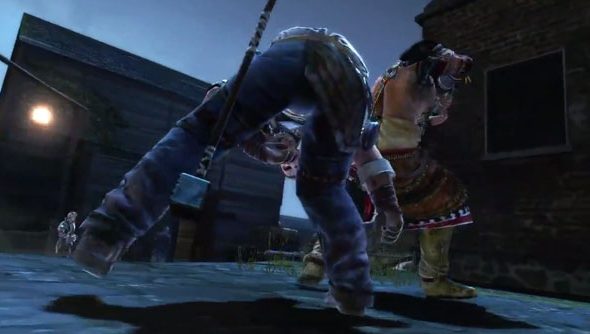 Although multiplayer was added to the Assassin’s Creed games way back in Brotherhood, it looks as though the coming thirdquel will really develop the element. The video below shows off its different game modes, skill upgrades, character models, oh, and what it looks like to his someone in the legs with a hammer, over and over and over again.

We snuck this one out from Gamespot’s Youtube channel:

Yup, those are legs that have seen better days.

Some of those modes look well worth a try. Particularly Wolfpack with its New York Minute style countdown: putting the pressure on speedy kills but still needing players tomaintainingco-ordination.

{"schema":{"page":{"content":{"headline":"Assassin’s Creed 3 multiplayer trailer shows you how many times someone can get hit in the legs with a hammer before you become desensitised","type":"news"},"user":{"loginstatus":false}}}}