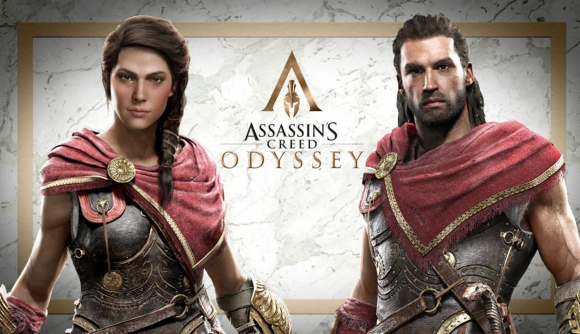 Assassin’s Creed Odyssey isn’t the first game in the series to let you play as a woman, but it is the first to give you a choice between playing a male and female character. This choice looks like it’s here to stay for the series, at least if Ubisoft Quebec is involved, with Odyssey’s game director Scott Phillips telling GamesIndustry “I don’t know why we would go back.”

Ubisoft has been keen to stress that Kassandra is the canonical lead for Assassin’s Creed Odyssey, not the male choice Alexios. Speaking on Reddit, creative director Jonathan Dumont said “Yes there will be a canon represented in the novel. It features Kassandra and her journey. But in the game you decide your path, there is no right or wrong way.” (Though, despite that, Alexios has been much more prominent in the Odyssey’s marketing.)

Certainly, what Phillips says sounds like a real push forwards for thinking around the series. In the full quote from his interview, he says: “I think it would be a mistake to limit our players, limit our fanbase from as many people as possible. I don’t know why we would go back. We should continue pushing in this direction, bring in more players, more fans to enjoy this experience and make it their own experience.”

We will see if other studios pick up their lead in future entries to the series.