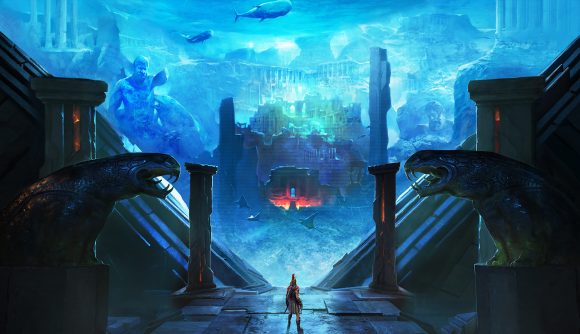 Assassin’s Creed Odyssey launches in less than a month, and Ubisoft says its post-launch content plans are more ambitious than ever before. That includes paid season pass expansions and free updates, with an episodic release schedule the developers liken to a TV series.

There are two big season pass add-ons, each of which features a unique story arc consisting of three episodes. Legacy of the First Blade begins in December, and has you battling alongside the first person to use the hidden blade and getting details on the earliest history of the Assassins. Further episodes will come roughly every six weeks from there.

The second arc, The Fate of Atlantis, has you diving into the lore of the sunken city and learning more about the First Civilization along the way. This story arc begins in spring of 2019, and will follow a similar six week release interval.

In addition to the new stuff, you’ll also get some old content with a fresh coat of paint. Assassin’s Creed III Remastered will launch in March 2019 for all season pass owners. This edition will feature 4K and HDR support, high-res textures, and “a new graphics engine.” It will include all the DLC, plus Assassin’s Creed Liberation Remastered, and you’ll also be able to purchase this package separately.

There’s also free stuff. The Lost Tales of Greece will be a series of episodic quests released between the DLC episodes, featuring both characters from Odyssey and new faces. You’ll get weekly events challenging you to take down powerful ships and mercenaries. There are also daily and weekly quests that give you a special currency to exchange for a frequently updated rotation of unique gear.

Check it all out in the trailer below. (Or the mirror, because Ubisoft’s still got those region locks.)

Other free stuff coming down the line includes the return of the Discovery Tour, new monsters and mythical beasts, and a new game plus mode. The Assassin’s Creed Odyssey release date is set for October 5, and you can follow that link for much more info on what to expect from the game.