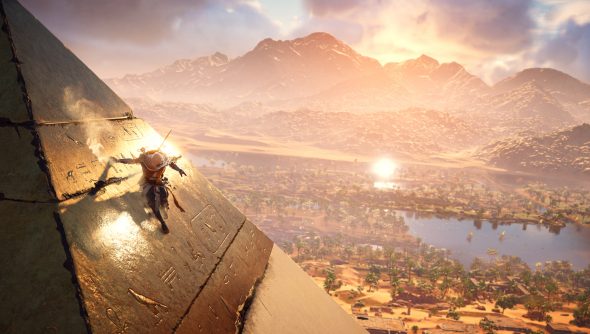 Apparently, taking a year off before the next Assassin’s Creed game paid off, because the next one sounds damn impressive, going off a video for Game Informer. One of the team behind the game gave a bold claim: they’re going to be doing the entire of Ancient Egypt. All of it.

The full quote, from an unnamed developer in the video above, is as follows:

Well, sure, there’s going to be a lot in an entire country. How on earth a country with so much desert, possibly up to 5000 years ago, is going to have a map that feels full and fresh is beyond me, but perhaps they’ve really cracked the code of making fun out of nothing.

Game Informer are doing a full month of content for Assassin’s Creed: Origins, and so there should be more details and developer insights coming out from them in the near future. Perhaps they’ll explain what magicks they’re using to make such a massive world.