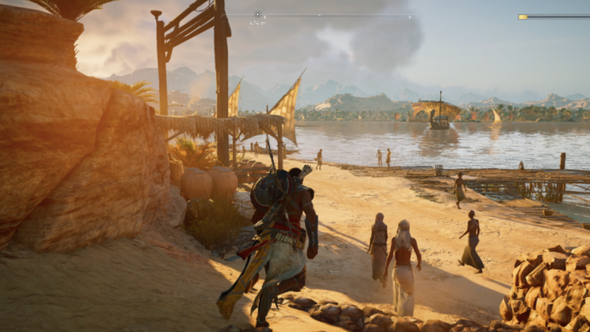 Assassin’s Creed Origins is going to bring several changes to the series’ familiar formula, including one particular change that involves its characters.

Here’s the Assassin’s Creed Origins release date, and everything else we know.

Apparently, characters won’t be sitting around doing nothing and waiting on you to come to them this time around. They’ll have their own schedules as they make their way through the world, as well as places to go, places to eat, places to sleep, etc. They’ll even have jobs, according to game director Ashraf Ismail when speaking to Kotaku.

This means that your targets could be at different locations throughout the day. You’ll have to adapt to this by seeking out information about them, forumulating a way to take them out. This should add another layer to the typical Assassin’s Creed rigmarole of stalking your prey to one location and taking them out there.

Often, this is one part of the games that can make things feel stale, so changing up the formula like this is certainly welcome.