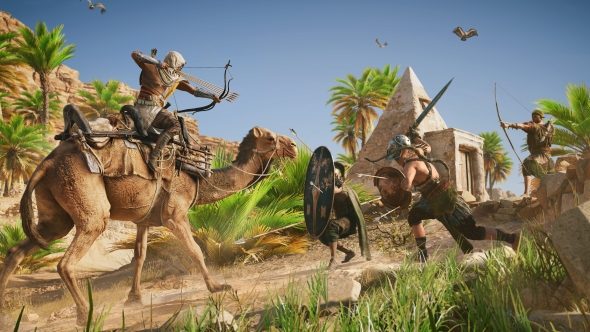 The first trailer from Microsoft’s conference at Gamescom has come out – it’s a CGI trailer for Assassin’s Creed Origins. You can watch it in all its fancy pre-rendered glory above.

For more Assassin’s Creed Origins, we’ve got a post detailing everything you need to know.

It shows off some of the two rival forces that will be going at each other in the game’s story – the ruling class of Egypt and the imposing Roman threat. Who the good guys and who the bad guys are isn’t entirely clear, and given it’s a CGI trailer there’s nothing revealed about the gameplay itself.

Also, there are a good few shots of Cleopatra and Julius Caesar – so presumably they’ll be playing a major role, as the leaders of the Egyptian and Roman forces in Assassin’s Creed Origins.