Astebreed is a frantic indie action game in which you play a young mech pilot, and shoot a lot of aliens. In a little over three years it’s built up a cult following and an 89% approval rating on Steam, and now it’s getting a definitive edition (with an according price increase).

For more feats of imagination and colour, check out the best indie games on PC.

If you already own Astebreed, you’ll get the definitive edition upgrade for free. If you don’t, you can still get it at its current price of $14.99 before it rises to $19.99 later this week.

The climax of humanity’s apocalyptic war with an ancient race of mechanical aliens is Astebreed’s backdrop. You are aspiring pilot Roy Becket, determined to live up to your adoptive father’s legacy, and joined by a young girl who claims to have escaped a series of horrific experiments at the aliens’ hands.

Expect Japanese anime aesthetics and lots of explosions. To this winning formula, the definitive edition adds: 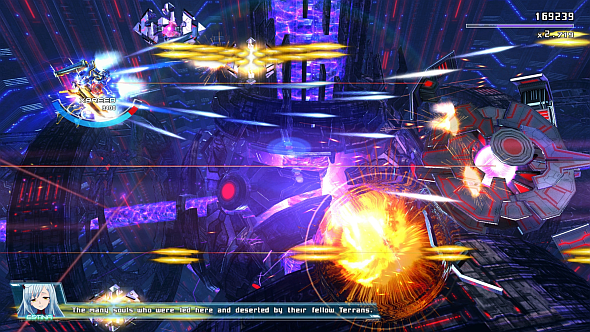 Head to Steam to pick it up if you’re interested.Here’s the definitive edition news from publishers Playism.