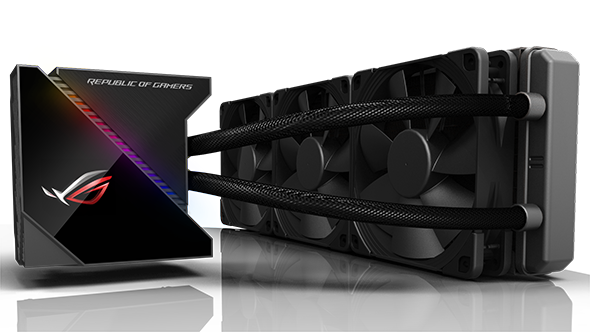 It’s not all phones from Asus at this year’s Computex as the company also announced a heap of new product for desktop and laptop gamers. This event also marks the entry of Asus into the liquid cooling market with two new all-in-one liquid coolers: the ROG Ryujin and ROG Ryuo.

The ROG Ryujin marks the first of many ‘world’s first’ products from ROG at this year’s event. This particular liquid cooler is the first with an OLED display that offers real-time system stats, and even images and gifs, at the user’s discretion. It also features a micro-fan that aids in cooling any components in close proximity to the CPU socket, such as the VRM.

Here are the best liquid coolers around – please try your best not to drink any of the fluid.

The ROG Ryujin also features Aura-compatible RGB lighting, and less importantly, either two or three Noctua-built fans depending on if you go for the 240mm or 360mm variant. If you require a smaller radiator, however, you’ll have to go with the ROG Ryuo.

The ROG Ryuo comes in either 120mm or 240mm sizes, and also features the same OLED screen and RGB lighting as the chunkier model. However, instead of the Noctua-made fans, the Ryuo features ROG-designed static pressure fans. 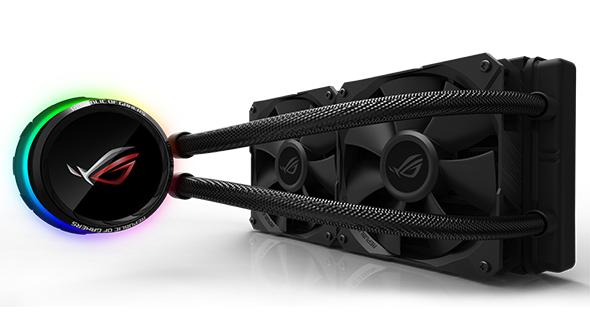 Asus doesn’t only have its eyes set on the liquid cooling market, however, and Computex 2018 also marks the first time Asus will plaster the ROG logo onto a power supply. The ROG Thor 1200W Platinum features an OLED display, 100% Japanese capacitors, 80 PLUS Platinum efficiency rating, and a ten-year warranty. It’s all set to be a pretty solid unit. Oh no, I’ve forgotten something… it’s also got RGB lighting through Aura Sync.

In the laptop department we’ve got two new Strix models: the ROG Strix Scar II and ROG Strix Hero II. The Scar is targeting FPS gamers, while the Hero is tweaked for MOBA players. Both laptops feature another world first, this time the first 144Hz super-narrow-bezel with 3ms gray-to-gray response times. But that’s not all, as they are the first in the world to feature multi-antenna WiFi, too. 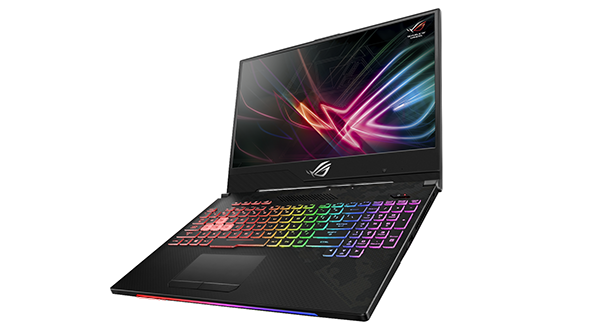 This next product isn’t a world first, however, as Asus has followed suite on one of the more popular product developments from CES in January: wireless charging mouse mats. The Balteus Qi is an RGB gaming mouse mat with charging functionality, and Asus has a new mouse to sit on top of it, too: the wireless 16,000dpi ROG Gladius II. 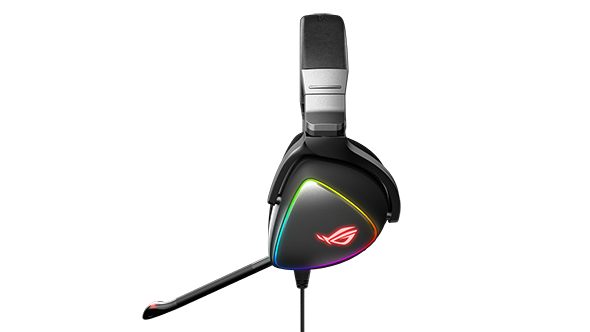 Asus is looking determined to expand its ROG range over the remainder of 2018. All of the products on show from Asus at this year’s Computex are reportedly ready to launch sometime in the very near-future, at which point pricing will also be available.