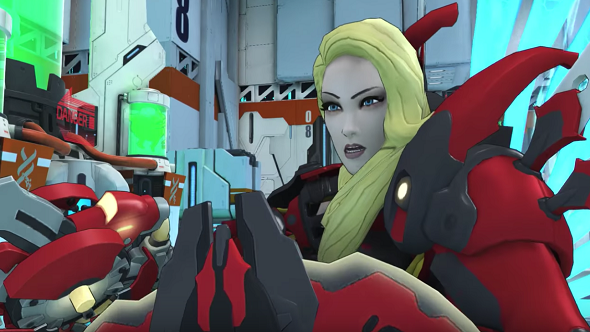 Now Atlas Reactor is free-to-play, so here are some other titles we think are among the best free PC games.

Starting things off, there’s a new freelancer and mode available straight away. It’s also free-to-play from today, so you can jump right in and unlock more freelancers and more through play.

If you want to unlock everything without the in-game currency grind, you can pay to upgrade to a premium edition and get every freelancer straight away, you know, like when you buy a full-priced game.

People who bought the game initially won’t be left out, either. Those early birds will get a special in-game package packed with in-game currency, an exclusive emblem, loot matrices, a title, a banner, and more.

The new freelancer is Brynn the Skywarden, a new hero who can create cover and poke at enemies with an adjustable lance. Trion Worlds promise another new freelancer within the ten weeks.

Additionally, there will be five new modes introduced over the season, with the All-Random mode kicking it off today.

On top of all that lot, there will be a bunch of new skins, emotes, overcons, and other small improvements, such as tweaks to the Ranked System.