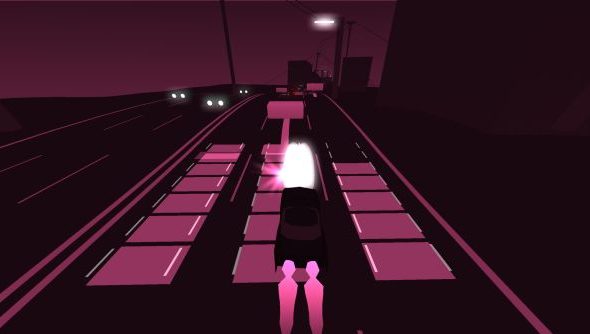 Audiosurf, the abstract racer that allowed you to ride atop the crest of a bassline as if it were a physical wave made of noise, finally has a finished sequel.

The concept remains the same: plug a song into the game and it’ll generate bumps and obstacles to reflect the beats and undulations of the track. But we’re told Audiosurf 2 better represents the “big moments” in our music, and comes with a Steam Workshop library full of skins and mods.

Solo developer Dylan Fitterer has been working on deeper song analysis, which should produce more “thoughtfully placed” corkscrews and appropriately-timed power-ups. The graphics scale from high-end cards to modest laptops – and you can test that yourself with the newly-released Audiosurf 2 demo.

I always appreciate when games offer a demo. So … Audiosurf 2 launches on the 26th with a free demo! pic.twitter.com/2uzVDIQM0H

A period of Early Access has yielded hundreds of community level skins and playstyle mods, which you can explore on the Workshop.

While the appeal of Audiosurf hasn’t changed since 2008, music ownership has. Spotify and YouTube support is absent – but Fitterer does allow players to find music on their PC and on SoundCloud via the same search box on the UI (which has improved in Early Access).

Audiosurf was the game I got Steam for. I know everyone’s first Steam game was supposed to be Half-Life 2, but hey, I was 14 that year. It was more immediately important that I spent every weekend sitting on the floor in Manchester’s Arndale Centre.

Are you up for an unusually active listening session? I recommend drum ‘n’ bass for a bit of vertical variation.