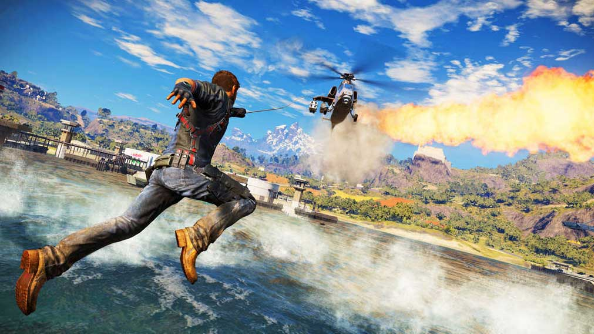 Avalanche Studios have started hiring for a new open world game and they need the faces of young people. The developers of Just Cause 3 aren’t yet saying much more about the project, except it will be self-published and have a story focussed around a young adult – as such they want to scan some youthful faces for characters.

Just Cause 3 is up there as one of the best sandbox games on PC.

The Just Cause series is a joy of silly abandon, letting you scoot about large South American islands, floating by on parachutes, yanking yourself forwards with grappling hooks. Mad Max, as mutely received as it was, was a beautiful open world game. So the news that the developers are making a new series is only a good thing.

According to Avalanche’s advert, “we’re hard at work developing our next, as of yet unannounced, self-published title. We can’t say much about the game itself (or we’d have to kill you), but it will be created in true Avalanche Studios fashion and offer players tons of our trademark emergent, open-world action. In the game you will play as a young adult, whom we will bring to life using cutting-edge face scanning technology.

Do you have a youthful face that you’d like to freeze in time like some kind of Dorian Gray portrait? Actually, it would be horrifying to see your game character deteriorate to match the moral corruption you sink into with age. Maybe don’t get your face scanned if you plan on a life of debauchery.