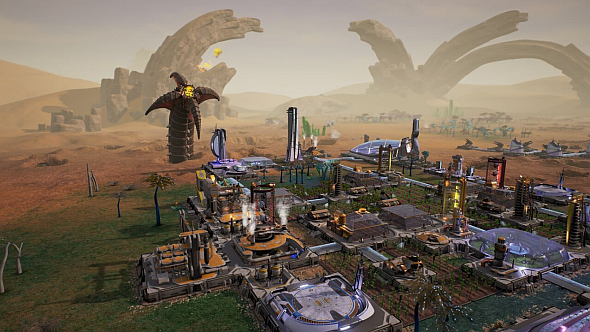 Space colonisation sim Aven Colony has got a new gameplay trailer, giving a taste of the challenges you’ll need to wrestle with as mayor of one of humanity’s first extraterrestrial colonies.

See how the sandworms were made with our feature on the making (in Unreal) of Aven Colony.

Of course, whenever you move into a new neighbourhood, settling-in problems are only to be expected. In Aven Colony, you’ll need to prepare for attacks from the locals, who include acid-spewing sandworms, spores that infect your buildings, and more spores that give your colonists the plague.

Besides a dedicated single-player campaign in which you’ll brave the fauna in a variety of harsh environments – including freezing winters, toxic gas clouds and lightning storms, Aven Colony – will also feature a sandbox mode in which you can decide exactly how many acid-spewing sandworms is too many.

Aven Colony did have a beta, but it’s been taken down as developers Mothership Entertainment gear up for launch in Q2 this year. Not long to go now.