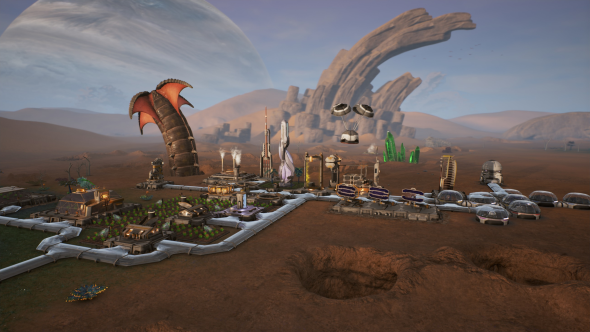 Team 17 have picked up the space-based city management sim Aven Colony, by Texan indies Mothership Entertainment, and they’ll be bringing it to PC in the second quarter of this very year.

Walk a few miles in someone else’s shoes with the best simulation games on PC.

If you can’t wait until then, a beta is available to buy on indie marketplace itch.io for $24.99 (or more, if you choose). The game’s price will go up for its Steam release.

Paul Tozour, founder of Mothership Entertainment, says the beta has enabled Mothership’s “tiny four-person team” to “engage with the community and grow the game significantly as we build toward some big new features we plan to unveil in the coming months.”

In Aven Colony, you’ll play the governor of humanity’s first colony outside the solar system. Assuming your duties as soon as the ship touches down, you’ll build the foundations of humanity’s future as a spacefaring species, dealing with such issues as oxugen propagation, habitation, employment, power generation, mining, crime, agriculture, water and more.

An alien infection called “the creep” is a unique extraterrestrial challenge, and as you meet your early-game objectives, you’ll raise your eyes to more complex goals in the late game, as you aspire to the prestigious title of Expedition President.

Debbie Bestwick, CEO of Team17, says: “As we continue our global expansion, we’ve spent a lot of time looking for the right partners and [Mothership are] definitely the right fit, so we’re delighted that they are the second US team to join Team17’s games label.”

For more on Aven Colony, check out our Making it in Unreal preview, or see its listing on itch.io.