When is the Babylon’s Fall release date? The upcoming action game from Platinum Games is shrouded in mystery but already has plenty of lore.

Revealed during the Square Enix E3 2018 showcase, Babylon’s Fall was unveiled with a rough release date, but scarce few details to go on apart from that. There was no gameplay on display, and no subsequent explanation of what the new IP is all about. After the disappointing lack of reveal for Life is Strange 2 and Square Enix’s Marvel project, an announcement trailer for a new series seemed like yet another let down, that was until Platinum Games appeared on screen.

For more games set within a dark fantasy world, be sure to check out our list of the best RPGs on PC.

So what is Babylon’s Fall? We dig through the reveal trailer in search of details that tell us what kind of game to expect when it comes out – from its extensive timeline to the snippet of CG combat. Here are all the latest details on Babylon’s Fall.

One of the very few details provided during the Square Enix E3 2018 showcase was when – roughly – we’ll be able to play the game. The Babylon’s Fall release date is 2019, which is frustratingly vague, but at least we know not to expect it any time soon.

The Babylon’s Fall E3 2018 reveal trailer was unconventional to say the least, offering a deep dive on the lore and history of Square Enix’s new IP before showing us even a glimmer of gameplay. There is a small peek of action a minute into the trailer, which suggests we’ll be playing as some kind of electric knight, which is the most Platinum Games player character imaginable. 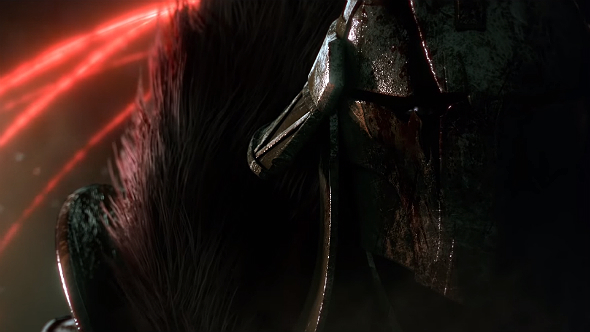 The only bit of action in the trailer shows two absurdly overdressed knights engaging in combat. One of the knights wears dark blue – classic bad guy colours – and wields a massive sword. This knight goes for an overhead attack on other knight who uses some kind of electric leash to stun and disarm the blue knight before lopping of an arm. Judging by the final entry to the trailer’s timeline, Rebirth, the blue knight could be representative of the goddess Gaia.

Swordplay with electrical attacks? If Platinum Games were to ever take on the Souls series then it would surely look like this.

The next shot sees what appears to be the knight with the electrical leash walking towards a Babel-like building with three other characters in tow, so perhaps we will have companions join us in Babylon’s Fall, or even co-op. It’s way too early to say way with any certainty but you can’t blame us for dreaming. 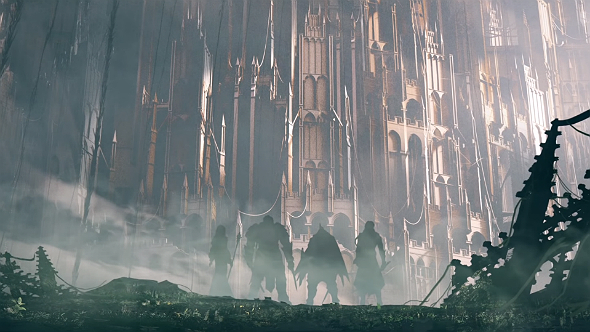 While we don’t know what the story of Babylon’s Fall will be like, the trailer does give us some solid insight into the historical events leading up to the game. So we’re going to go through the timeline that’s shown in the reveal trailer to get a better understanding of this dark fantasy world.

CE.5000 – Discovery of the Oversoul
During Albenland’s era of expansion, its people discover an unknown energy known as the Oversoul.
CE.5017 – The Age of Dawn
After years of experimentation, the Helos Empire succeeds in developing weapons that harness the Oversoul.
CE.5041 – The Oversoul Prophecies
A small group of seers hailing from all kingdoms use crystallized Oversoul fragments to predict the future and write down these prophecies in the Ephesian Book.
CE.5085 – The Apocalypse
The seers have visions of an all-consuming darkness.
CE.5098 – Waland’s Journey
By order of the Helos Empire, Waland travels to the darklands in the far south. Foretold by the Ephesian Book as the location of mankind’s revival.
CE.5109 – The Soul Riots
With resentment rising against the ruling class over its use of the Oversoul, riots breaks out among the masses.
CE.5111 – World War
As the rulers of each kingdom turn against their respective populaces, the riots escalate into full-blown war.
CE.5189 – Divine Punishment
Disgusted by humanity’s unwillingness to learn from its past mistakes, the elder gods unleash their wrath upon mankind.
CE.5205 – Birth of a Goddess
A new goddess – Gaia – is born with the purpose of rescuing humanity from the brink of extinction.
CE.5208 – Birth of a New World
Gaia creates a new world in order to give humanity one last chance.
CE.5220 – Age of Harmony
Humans begin to inhabit the new world, and a new period of peace follows.
CE.5338 – Scholars of Gaia
Concerned about people losing their faith in Gaia, the high priest Darius forms as a consort known as the Scholars of Gaia.
CE.5347 – End of a Dream
The public execution of a nonbeliever by the Scholars of Gaia creates tension among the masses.
CE.5356 – War of Beliefs
Unable to overcome their ideological differences, the Scholars of Gaia and the Helos Order start engaging in frequent skirmishes.
CE.5385 – Spread of the Soul
The unexplained outbreak of the soul plague prompts the different factions to capitalise on the people’s fear and expand their efforts to convert the masses.
CE.5428 – New World Academy
Fearing for the future of mankind after rediscovering the Ephesian Book, the seer Maria forms the New World Academy amid the rapidly worsening war. 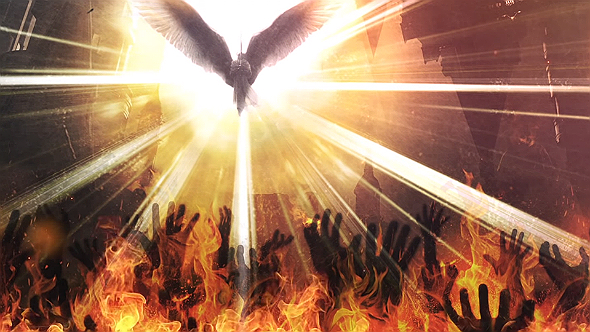 CE.5450 – Punishment
On the Day of Judgement, Gaia turns against mankind.
CE.5470 – Awakening
Deep within the Shrine of Souls, the Nomads are born.
CE.5500 – Rebirth
Led by the Nomads, humanity strikes back against Gaia.

So, what can we glean from this? It would appear that we will play as Nomads and our overarching goal will be to defeat the goddess Gaia. Both the name of the game and the structure shown off at the end of the trailer’s timeline hint at the setting being within the mythical Tower of Babel.