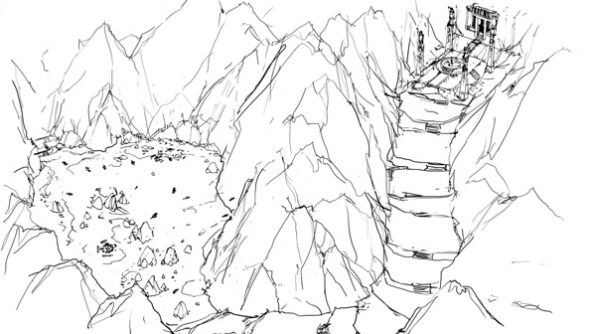 We’ve pored over screenshots for months, but with Baldur’s Gate: Enhanced Edition now a mere five days from release Overhaul Games have finally stuck those frames together to resemble something like the game itself. You’ll see footage of new world map area The Cloud Peaks and separate arena combat expansion The Black Pits.

Buried in there you’ll also find the new zoom function and inventory management. The whole shebang is accompanied by a new piece from Mass Effect composer Sam Hulick, who has been drafted in for additional soundtrack duties:

And then there are the things that haven’t changed: party-based encounters, THAC0, spells flung willy nilly, strangers shouting in the wilderness and ludicrous companion soundbites. All that good stuff.

We’ve a big old chat with BioWare co-founder and Enhanced Edition lead Trent Oster coming later today, so stay tuned. I’ll also have had a chance to play through some of the game by the time of its release next Wednesday, and will have collected some thoughts on that.

Here’s everything we know about Baldur’s Gate: Enhanced Edition. Are you about ready to return to the Sword Coast?