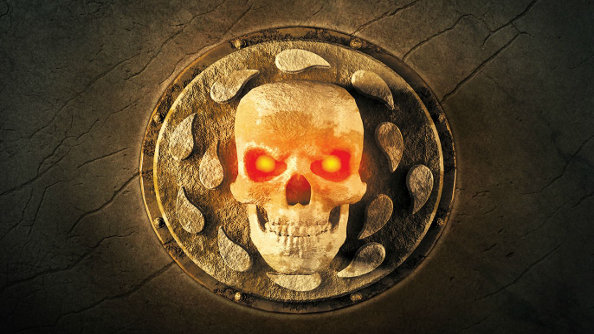 That tweet was posted in a resetera thread last night that claims that Divinity: Original Sin developer Larian Studios has acquired the license to the series and is currently working on Baldur’s Gate 3. Fargo’s tweet by itself doesn’t point to Larian, but the resetera post links to another thread claiming that Larian now own the series’ license.

A (currently unsubstantiated) rumour posted to RPG Codex last month states that the original poster’s new colleague is “a former Larian employee.” That post goes on to say that “Swen [Vincke, founder and CEO of Larian Studios] acquired the Baldur’s Gate license.” The post offered no more information about when or even if Larian plans to use the license – let alone what for – but reiterates that the company is currently in possession of the IP.

The last game to use the Baldur’s Gate IP was a standalone mobile game. That game was a port of Baldur’s Gate expansion Siege of Dragonspear, which itself was developed by Beamdog and released in 2016. The studio released the mobile version in March this year. That means that the IP was in the hands of another studio at the beginning of this year, but does leave a six month period in which it could easily have changed hands. Beamdog, however, has previously stated that it is keen to develop Baldur’s Gate 3.

I happen to know who is working on BG3 😉

It’s worth pointing out that Fargo is the founder and CEO of developer inXile Entertainment. The studio is currently working on Wasteland 3 having just released The Bard’s Tale 4, but tends to have two games in various stages of development at any one time. Given their focus on single-player RPGs, it’s possible that Fargo could have been teasing his own studio’s involvement in Baldur’s Gate 3.

We’ve reached out to all three studios for comment. A source from Larian says that they are now personally working on a Divinity project (prompting us to wonder about the possibility of Divinity: Original Sin 3), and not on BG3. That said, the size of the company and the success of its previous projects suggests that Larian has the capacity to be working on two simultaneous projects, one of which could be related to Baldur’s Gate (although this is largely speculative).

Since this article’s first publication, a Beamdog source has also revealed that their studio is not working on the game. We’re yet to hear back from inXile, but we’ll update when we know more.