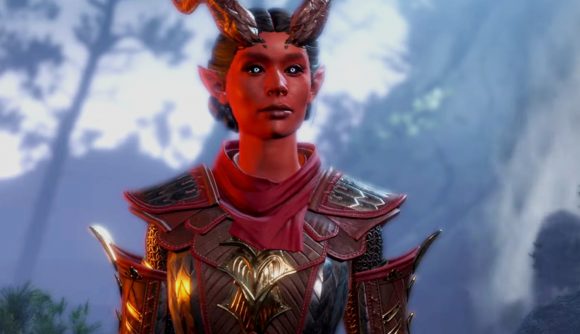 One of the few criticisms levied at Divinity: Original Sin 2 – which is otherwise beloved and already ensconced in the canon of classic RPG games – is that your player character’s story isn’t nearly as interesting if you don’t choose one of the pre-built origins that directly connects you with the world. Larian is bringing origins back for Baldur’s Gate, but the devs say the world is going to be much more reactive to custom characters this time around.

“This isn’t D:OS2,” senior writer Adam Smith says in a Reddit AMA. “In BG3, custom characters have a much stronger connection to the world and the main arc of the story – whether they’re from Baldur’s Gate, further afield, or somewhere else entirely (hey, githyanki). The campaign is much more reactive to your actions – when we say there are serious consequences to your choices, we really mean it – and as you move through your adventure, you’ll discover quest-lines and stories that relate directly to the character you’re roleplaying, and the things that you’ve done.”

So even if you don’t have a pre-baked backstory, your character’s place in the world will be determined by the parameters you’ve decided on – like if they’re Baldurian or from the Underdark – and the choices you make throughout the game.

You’ll even get full voice acting for custom characters. Larian founder Swen Vincke says “you’ll choose a voice as part of character creation – and your character will be fully voiced, not just for barks!”

While you’ll still have access to all the origin stories by recruiting those characters as companions, but you’ll also be able to build a party of fully custom characters. “You will be able to recruit generic mercenaries and customize these,” Vincke says. “We’re also planning to allow you to build a custom party from the character creation screen though that most likely won’t be present in early access from the get go.”

The Baldur’s Gate 3 release date is still a lengthy distance away, but you won’t have to wait that long before trying it out – the early access launch is tentatively scheduled within the next few months.