The most satisfying kill in Worms is launching a bazooka round across the map in heavy wind and having it land directly on an enemy worm, blasting them off the map. Barrage taps into that same joy, except, instead of heavily-armed 2D worms, you’re controlling a planet in full 3D space, firing missiles across the solar system to slingshot around the sun and hit your enemy right in the equator.

Do it right and your missile can shatter their planet into a million little pieces that fall into the sun. Do it wrong and the gravity can carry your missiles round the sun and back into your own planet. Leaving you looking like an intergalactic ninny.

Barrage blends elements of RTS with FPS to create a multiplayer shooter of galactic proportions. You start life in Barrage with command of a single planet and a single command centre. From there you’ll sprawl out buildings to collect the planet’s resources, build research facilities to discover new forms of weapons, and bristle the planet’s surface with interplanetary turrets. When it comes to firing your weapons of planetary destruction you hop into first-person:

While the planets in Barrage are fixed in elliptical orbits around the sun everything else follows the laws of gravity. Between you and your target might be a belt of asteroids, each attracting any weapon to pass their way. The asteroids themselves all follow gravity’s laws, too, so if the belt moves too close to a planet they’ll end up spinning off into the solar system.

“If there’s an asteroid belt in the way you’ll need to go around it because going through it’s not really going to be an option,” Matt Chapman, Barrage’s designer tells me over Skype. “The planets themselves have gravity that affects the missiles so if you fire up over the asteroid field it will probably pull it back down to hit the planet.”

Harnessing gravity’s not as easy as Chapman makes it sound. He says that “many times” he’s tried to slingshot a missile into a planet by sending it round the sun only for it to miss completely and carry its trajectory round until he’s hit himself in the face.

You’ll need to get a string of successful hits on an enemy planet with your first generation of weapons to destroy it. When you do manage it, though, “They explode and crumble up into little bits,” Chapman explains. These shards of planetary shrapnel are then pulled into the sun by its gravity.

You can research more powerful weapons as you plunder your planets’ resources, such as the ability to fit your planet’s moons with rocket boosters and launch them around solar system like planetary billiard balls. The last weapon you can research is a black hole cannon.

You can colonise other planets in your solar system, too, turning your planetary neighbours into satellite weapons platforms. Of course, being Barrage, rather than flying a colonisation ship over to the planet you’ll fire a shell loaded with colonists at the target planet. 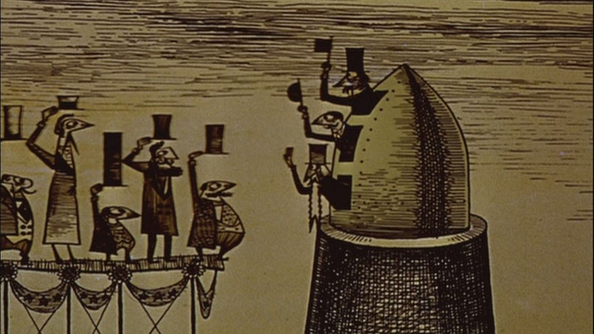 Originally the team planned for Barrage to be exclusively multiplayer but the team’s been looking into a survival mode where your solar system will be overrun with UFOs. Basically turning Barrage into a completely 3D Space Invaders.

Amazingly, Barrage is Tectonic Studios’ first game and their first experience with the Unreal Engine.

“We’re literally two guys who wanted to make something,” Chapman explains. “We tried CryEngine, Unity, Source and nothing fit. UDK worked. We started reading the documentation on Epic’s site. That’s something Epic’s done really well, everything you could possibly want someone had explained how to do it.”

When Unreal Engine 4’s beta became available Tectonic decided to move the project over. Unfortunately this meant the team largely had to start from scratch, the models worked but all the shaders had go from the “old shading model to this new physically based rendering model.”

The work paid off, says Chapman: “It’s led to some massive improvements.

“The advantage of UE4 is you get the full source code of the engine and it’s all in C++. In UDK it was in Unreal Script which is not as powerful as C++ and you didn’t get full access to the engine. If you had a bug in UDK their whole system is a big black box, if something goes wrong you’ve no idea what’s gone wrong with it. With UE4 I can trace my code and change the engine and fix bugs made by Epic and put those changes into the engine myself. It’s like a big community project.”

As well as the source code, Tectonic are fans of Epic’s new blueprint system as it allows for rapid prototyping. “You can easily knock together a new mechanic and test it live in the editor,” says Chapman. “You can really iterate fast like that. It makes animation really fast as well because you’ve got these things called animation state machines that say ‘If this happens go to this effect’ and it’s all laid out on a nice flow chart. It’s fabulous to work with.”

Barrage is still a long ways off, with the team working through a list of features necessary for it to be considered alpha, but the team’s submitted it to Steam Greenlight where you can keep track of its progress.