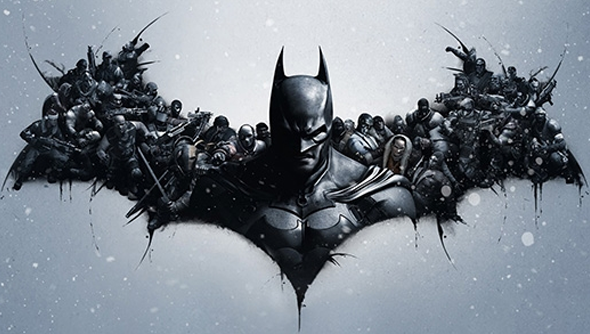 Asymmetrical multiplayer is a rare and beautiful thing. Balancing two identical teams is difficult enough but having three different forces all combatting over a space is a real challenge, luckily developer Splash Damage aren’t daunted by the prospect.

Their take on multiplayer for Batman: Arkham Origins sees three players fighting in Joker’s gang, three in Bane’s, and two players taking on the role of Batman and Robin.

The thugs on the two villain teams are weaker than Batman and Robin, plus somewhat lacking in the utility belt and athleticism department, but are packing guns and explosives. Working as a three, and keeping their distance from the suited menaces, a gang should be able to take out either of the tight-wearers without much trouble. The trouble comes in the form of the other gang.

Both gangs are trying to keep hold of their territory while also taking control of the other’s. So, if you see an enemy gang engaging the caped crusader you can either lend a hand or take the opportunity to rob them blind.

I really want to get a hold of the game and try this one out, the dynamics of a three way bout are truly compelling.