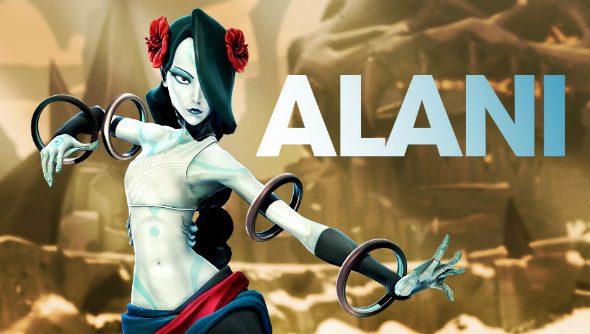 If you like MOBAs – a genre Battleborn definitely isn’t in – you should check our feature on the best Dota 2 heroes for beginners.

Wow, I just did a little sick in my mouth after writing that. Just in case you think I’ve completely lost my mind, I was riffing off Gearbox boss Randy Pitchford’s incredible Battleborn tweet.

The double XP event started this morning, and it runs through Wednesday, May 25. You’ll earn double command and character rank XP in any story mode missions or multiplayer battles during that period.

To top it off, from May 24, anyone who took part in the beta or has a Season Pass will get access to the new hero,Alani. You need to meet the in-game requirements first, though, so make sure you either have47,500 credits or access to a Hero Key.

A single Hero Key will be granted to anyone who bought the Digital Deluxe or Season Pass and it can be used to instantly unlock a single hero. If you complete the challenge objective or reach the required Command Rank at any time after using up a key, that Hero Key will be returned to you and you can then use it to unlock another hero.

Here’s Alani’s description from theBattleborn blog:”A member of the Eldrid faction who was raised as a healer, but forced to be a warrior, Alani is all that remains of her order after Rendain’s Jennerit Imperium stole the oceans from her world.

“As a warrior from a planet with vast seas, Alani’s attacks and abilities revolve around her power to control water to dish out pain, or heal her fellow Battleborn.”