Viktor Antonov is responsible for some of the most memorable art design in videogame history. He’s the craftsman behind Half-Life 2’s City 17, the visual design director of Dishonored, and there’s something instantly recognisable about his eastern European-inspired designs. His new project is BattleCry, but it’s a world away from his previous works. As a multiplayer arena game, it’s all about functional combat spaces rather than worlds that tell deep stories – and has offered a very different challenge for Antonov.

“When you work on a linear 15-20 hour game experience, you have to go over a lot of game territory. It’s about covering huge spaces, a lot of assets, and it’s about expanding a world as big and as deep that is possible,” he explains to us. “You can’t have equal quality in such huge quantity. You have your highlights and climatic moments.”

Things are different for a multiplayer game. “It’s so much more tiny: we have two-to-three levels at shipping and ten characters as opposed to 20 levels and 50 characters. The design detail and attention is much higher, so the design quality is much higher per asset. That’s why it’s interesting to me to do smaller scope experiences, that are higher in detail,” Antonov says. “I could spend three or four months on one character as opposed to three or four weeks. That’s a great tradeoff to making these things.” 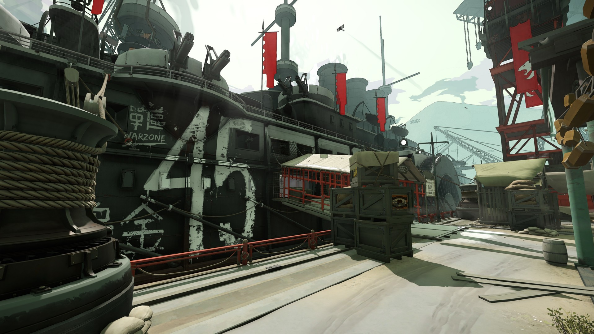 While BattleCry’s levels don’t quite have to tell a story in the same way as the streets of Dishonored’s Dunwall, there’s still a strong visual identity to them. Like all Antonov’s work, the areas tell a tale of distress and years of function. That’s almost certainly due to Antonov’s life, having spent his formative years in ex-communist eastern Europe. “These are areas where I was born and grew up; I have a specific knowledge of these areas and I almost feel like it’s a beauty as an artist to bring these to the table and show it to people,” tells Antonov. “It’s fresh and diverse and breaks the whole “everything takes place in New York and LA” in entertainment. It’s exotic and exciting.”

Designing levels, particularly for multiplayer use, means functionality needs to come before visual flair though. “Before level design this is a combat thing, and it’s all about territory. There’s merging of perfect art level and a perfect gameplay level, which breaks both, and then we need to redirect constantly. It’s a very iterative process,” says Antonov.

Getting to that balanced end design is the result of a creative journey that Antonov has drawn from traditional industrial designers. “I have a process that’s very strong initially: all the concepts start in writing, sketching and drawing as you try to develop a powerful concept. Then from then on change is allowed. So this is a more traditional industrial design process,” he explains. “I come from less experimental background and philosophy, and a strong commitment to a strong concept.” 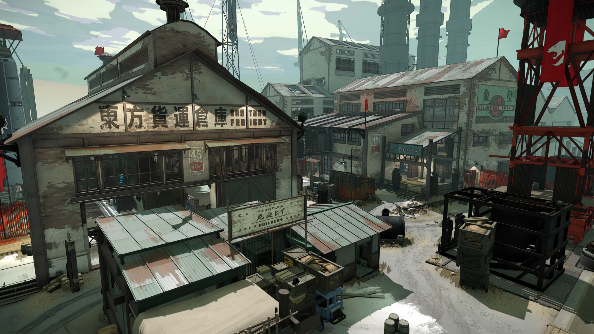 The same dedication to environments is being placed on characters, too. BattleCry has a distinctly multicultural cast of characters, with a focus on representing both genders and challenging typical roles. The Enforcer tank class, for instance, is a strong woman as opposed to the beefcake man you’d expect. Antonov puts this down to influence from Ukraine and Russia, where eastern frontier mythology includes these types of characters. “It’s a great opportunity for me to get heroic central and eastern European figures onto the entertainment market,” he says.

Like Dishonored, BattleCry’s visual identity blends historical fashions with contemporary ideas and sci-fi gadgetry. “This is about bringing some tradition from old imperial Europe, almost with a glimpse of all the Napoleonic wars,” explains Antonov. “I didn’t want to make a boring historical piece, so it should be as contemporary as possible. These armies have both men and women, and all these gadgets and mechanical things, so it’s a science fiction piece. Contemporary elements with the aesthetics of the imperials when they were in beautiful uniforms. It’s the flavour of the old great Europe that got destroyed in World War 1.”

More so than his environment work, BattleCry’s characters have brought Antonov a distinct sense of achievement. “I’m pleased with one specific thing: the characters have a human side. They’re not super heroes, not too cartoonish, but they’re not boring humans either. The uniforms are also very specific so when most people see these soldiers, they seem credible and believable,” he explains. “Now this is done, we can build a lot of craziness upon that with some nice science fiction and a lot of crazy weapons and devices.” 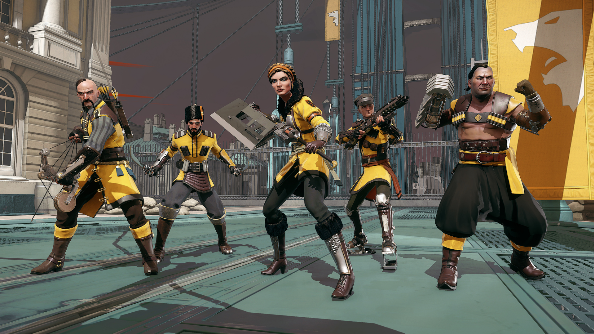 Typically for Antonov, when a character’s design is finalised, the work is done. But as a hero-focussed multiplayer game, the core DNA of a character is just the start. Skins and alternate character models means the design process continues way beyond launch. “There’s the phase we’ve completed now, in that we’ve established a DNA. Once this is set in stone, we can expand. There’s a huge variety we can expand on while retaining this realistic science fiction DNA. We will eventually go into more variety and innovation,” says Antonov.

Can we expect Halloween and Christmas novelty skins though? “You can go into humour and silliness, but you can’t do that unless you have a core identity,” Antonov says. “Iconic things that have been done in entertainment, like figures like Clint Eastwood, have been made fun of and imitated. The important thing is that you need a powerful initial identity to be able to do this without destroying your project. So it’s fine to have all sorts of jokes and silliness, but if you have a weak DNA everything will be diluted and not matter at all.”