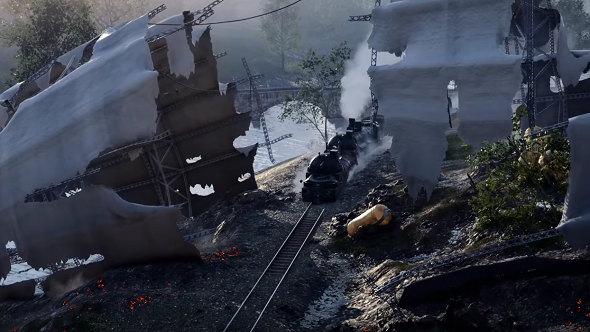 Battlefield 1’s free Giant’s Shadow map lands tomorrow for early enlisters, releasing on December 20 for everyone else, and it brings with it some huge changes, from small tweaks to huge overhauls. There’s a long list of bug fixes, and even some big new features. This is all arriving along with tomorrow’s free new map, Giant’s Shadow.

It’s a different conflict, but here’s our list of the best WW2 games.

Among the new features is a fully fledged spectator mode, letting players watch matches as an observer, flying through the battlefield with a free camera or choosing between a range of different fixed positions.

There’s also a new custom game mode that restricts each team to the authentic rifles of the time, stripping them of scopes and other attachments for a pure WW1 experience. It sounds pretty cool.

Elsewhere, some other bits have been fixed. For example, now you can actually use the bayonet charge when you’re out of ammo, which is probably when you’ll want to use it most, so that’s nice. A couple of exploits have also been plugged, including one that allowed tanks to switch to third-person to raise their aiming reticule and shoot over cover without exposing themselves.

Here are the full patch notes, via Jack Frags: