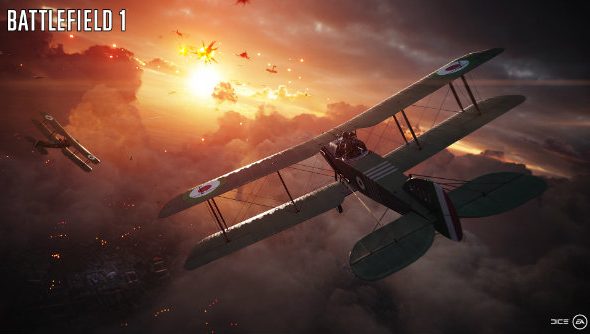 Battlefield 1’s new trailer gives us a glimpse of mounted combat in the Sinai Desert. There’s also a train, and everyone knows videogames are better when they have trains in them.

Yes, Battlefield 1 is set during WW1, but we have a list of the best WW2 games, so read that.

There’s a bit at the start of the new gameplay trailer that looks nothing like in-game footage, despite the disclaimer at the bottom saying the trailer is in-game footage. Some definitely-in-game footage does follow that, though, albeit canned, planned multiplayer footage that’s clearly synchronised for the purpose of a trailer.

It still looks lovely, though, despite the fact there are more explosions than a Michael Bay flick. It’s absolute Bayhem, pals.

If you squint, there’s a little glimpse of the single-player at the end, too, probably. Do we play as a woman this time around? It’d make a nice change for a shootymans game.

Stick the trailer right in your eyeholes:

You can try all that stuff out in the open beta from August 31, or you can sign up to be a Battlefield Insider by August 21 and you can play earlier. The Sinai Desert map will be playable in both Rush and Conquest.