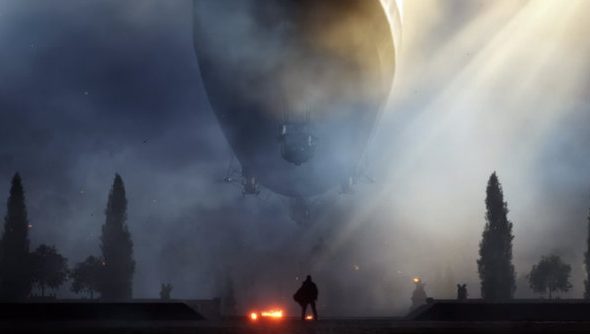 The next installment of the Battlefield series has been revealed, and they’ve only gone and called it Battlefield 1. It’s set during the first World War, though, so the strange number choice does evoke that setting, at least. Still, I can’t wait to see what the next one’s going to be called. And will everyone start calling this one Bone? Anyway…

For now you’ll have to settle in with our list of PC’s best FPS games.

The launch trailer makes Battlefield 1 look excellent, questionable White Stripes cover aside. It’s difficult to tell how much is from the multiplayer and what’s from the single-player, but there’s a lot of new stuff in there that has the potential to freshen up the Battlefield experience.

Trench warfare could potentially mix up ground combat, with the snaking bases altering the ground’s topography. You’ll be able to run in and bayonet someone in the chest or smack them round the face with a shovel too, which is nice.

Horses look like they’ll also be playing a part, and it’ll be interesting to see how they’re balanced, considering a stray bullet could easily put them on the ground. Other than this, you’ll be zipping through canyons in WW1 planes, taking on tanks and cowering in the shadow of massive zeppelins.

Have a look at the release trailer below, and let us know how it made you feel in the comments: