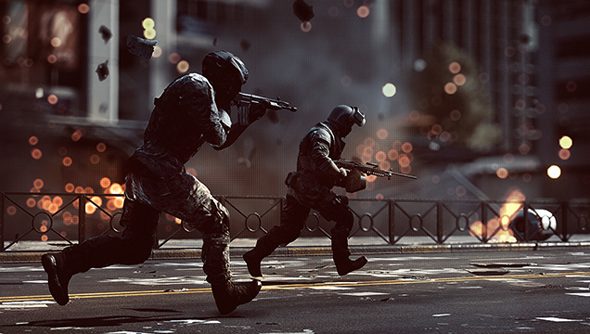 DICE have detailed the contents of the Spring Patch for Battlefield 4, and it’s a hardware-heavy one. At the very centre of it is five new weapons, and Gun Master: a game mode that revolves around unlocking new weapons.

If Gun Master rings a bell, it’s because you probably played it back in the days of Battlefield 3. It was a mode introduced in the Close Quarters DLC pack, where players have to use pre-set weapons, with a new weapon awarded after every two consecutive kills. It’s a little like Counter-Strike’s Arms Race mode. There will be five weapon presets, including all-pistols, DLC only weapons, and ‘Troll’: where players start with ballistic shield only, and get progressively more useless weapons as the kills rack up.

On the weapons front, there will be a new “fan favourite” assault rifle, a bullpup carbine, a silenced PDW, a LMG, and a “sniper” sidearm for long-range kills.

These new guns, as well as every other shooter, will be subject to a new balance pass that has revamped the damage, falloff, and suppression model. The new distances for weapon fire should hopefully ensure that each weapon class has a distinct role.

The weapons balance pass comes alongside the usual netcode and stability adjustments.