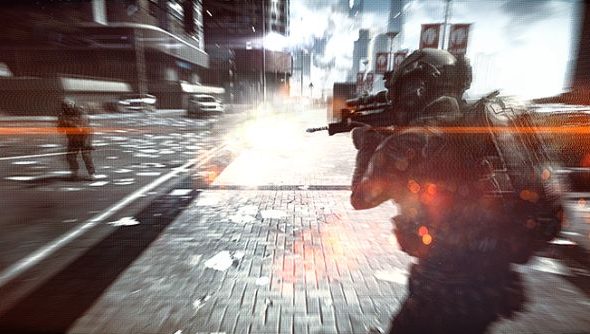 If you thought Battlefield: Hardline would put a stop to DICE updating Battlefield 4, you’d be very wrong. The games first Spring Update brings with it an old favourite game mode from Battlefield 3: Gun Master – players cycle through pre-determined guns through scoring kills, until a player finishes the challenge. Also in is a new weapons crate, which will contain five new weapons; one of which is a “classic lever-action rifle”, while another is a “fan-favourite Russian assault rifle”.

Before getting into the meat of the Spring Update, DICE were excited to give their fans a status update on the new community map project. “One of the most exciting Battlefield 4 endeavors is the ongoing Community Map Project where you – the Battlefield community – are designing a multiplayer level together with us.” said DICE in the blogpost. “In our first Community Map poll you decided on a jungle high-level setting, and in the second poll the top pick for Point of Interests ended up being waterfall, trailed by ancient ruins and ghost town.”

As well as the community made map, players will also see the return of the Gun Master game mode. It’s a free-for-all deathmatch where players all start with the same weapon. Upon getting a kill, they’ll be given a new weapon, and tasked to get another kill to further advance. The winner is the player who completes the entire list of weapons.

Along with the new weapons crate, DICE are giving weapon damage ranges a bit of a balance pass. With the new update, the distance between being in optimal range, effective, falloff and suppression will be updated – you can read more about the ideas behind the change here.

The update is scheduled to hit the game in late May.