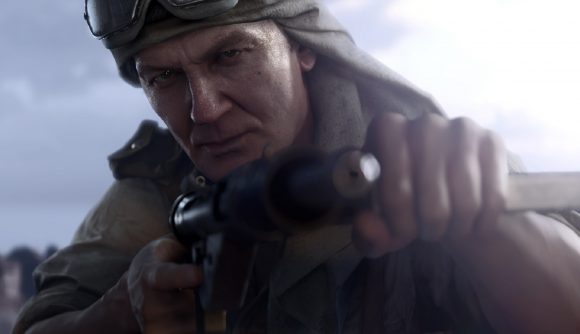 Battlefield 5 pre-loads begin this week, marking the start of a multi-stage launch for DICE’s return to WWII. You’ll be able to download the full game this Wednesday, ahead of no fewer than three separate releases for the game – read on for details on when you can download and play no matter which version of Battlefield you’re looking to pick up.

However you’re buying Battlefield V, pre-loads start at 5:00 PST / 8:00 EST / 13:00 GMT. That’s one time worldwide on PC, so no worries about rolling schedules here, and you’ll have access to that pre-load whether you’ve bought Battlefield V directly or you’re looking to get access through one of EA’s subscription programs.

Origin Access members will be able to play Battlefield V on November 9 – this Friday. If you have the basic subscription, you’ll get a ten hour trial featuring full access to every multiplayer mode, as well as the Prologue and Under No Flag portions of the War Story campaign. The pricier Origin Access Premier sub has no restrictions, so you can play the full game well ahead of the official launch.

If you prefer to buy your games directly, the Battlefield 5 release date is set for November 20. Even that’s not the final word, though. Pre-orders of the Deluxe edition come with their own form of early access, letting you play on November 15.

Battlefield 5 system requirements mention 50GB of hard drive space. While install and download sizes can vary a bit depending on a game’s compression, that should give you a solid idea of how large the download will be. Chunky, but not out of line for a modern triple-A release. Can you run it? Check your PC against the Battlefield 5 system requirements 2021 on PCGameBenchmark.