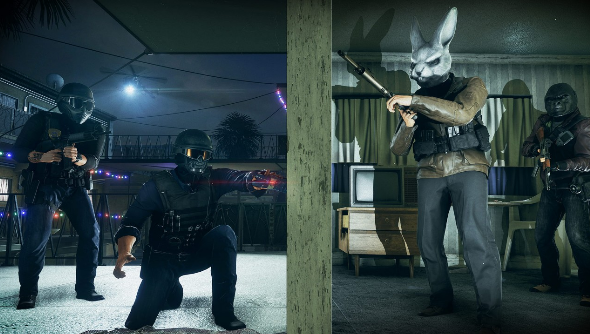 With Battlefield Hardline having a Premium pass it wasn’t going to be long until we had our first news about DLC. The wait is done, and EA has announced that the first pack for Hardline will be Criminal Activity. You can put your quick fingers on it in June.

The Criminal Activity pack will include:

The Battlefield Hardline blog states that the pack will be available in ‘early access’ in June. Presumably that early access points to Premium pass holders, who generally get to play content earlier than pass-less Battlefield players.

The bounty hunter game mode will be of most interest to many. As I pointed out in our Battlefield Hardline review, too many of Hardline’s modes feel like traditional Battlefield. The more modes Visceral make that feel like cops and robbers, the better.