In a tradition much more prominent in war comics old and new, DICE’s War Stories offer relatively short, self-contained stories, each with a different setting, protagonist, and goal. Four of these will be included at Battlefield V’s launch, though one is a prologue that hops between what appear to be elements from each of the existing War Stories, in an attempt to state the scope of WWII that Battlefield V explores. The remaining three are titled Nordlys, Tirailleur, and Under No Flag, and are broadly based on real history.

In Nordlys you play a young fighter in the Norwegian resistance, fighting occupation in a feral winter. In Tirailleur you join the French Colonial Force’s ‘Senegalese’ units. These troops fought for France, a country many of its population had never visited, and could face intense racism if ever they did. Under No Flag, meanwhile, sees a squad of convicted criminals – teams that really were assembled in WWII to deliver unconventional tactics – seek to destroy German air bases in North Africa.

I played through the prologue and Nordlys campaign, and sampled Tirailleur and Under No Flag, but saw nothing of the fifth War Story, The Last Tiger. It’s to be told from the perspective of a German group in charge of an infamously destructive Tiger tank and will be made available in December. 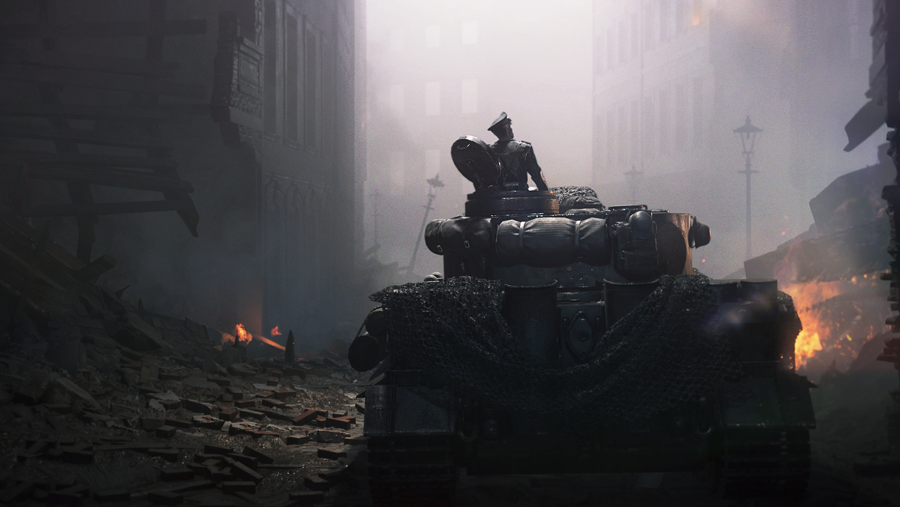 DICE uses the War Stories format to tell distinctive tales from across the war effort that offer a range of tones. Under No Flag, for instance, is perhaps the most traditional war tale, bringing together a bunch of ragtag lads to crack crude jokes while rattling off rounds and sticking it to the bad guys. Like something from the pages of the long running Commando comics or Inglourious Basterds, what was available played like a classic 1960s WWII movie; all rough-edged charm and quick dialogue. Under No Flag is probably the short story you think of when imagining a WWII classic. It’s so vital to the format that it might leave a gaping hole if absent, the necessary fulfilment of a wartime fantasy, which can then be juxtaposed to the reality. Indeed, the rest of the War Stories certainly aren’t rip-roaring adventures.

Tirailleur seems, by contrast, more of an attempt at social commentary, and spotlights one of the many unsung heroes of the war. The French Colonial Forces’ Senegalese units were part of the ‘Troupes coloniales’, meaning groups assembled from France’s empire at the time. That meant young soldiers who may have faced deep racism from the French going into battle for a country that claimed their land as part of its empire. The soldiers weren’t even all Senegalese in reality, but that’s the label they were given. With the limited access I had to Tirailleur I picked up its tone, which suggests it will be much more serious, thoughtful, and tragic. 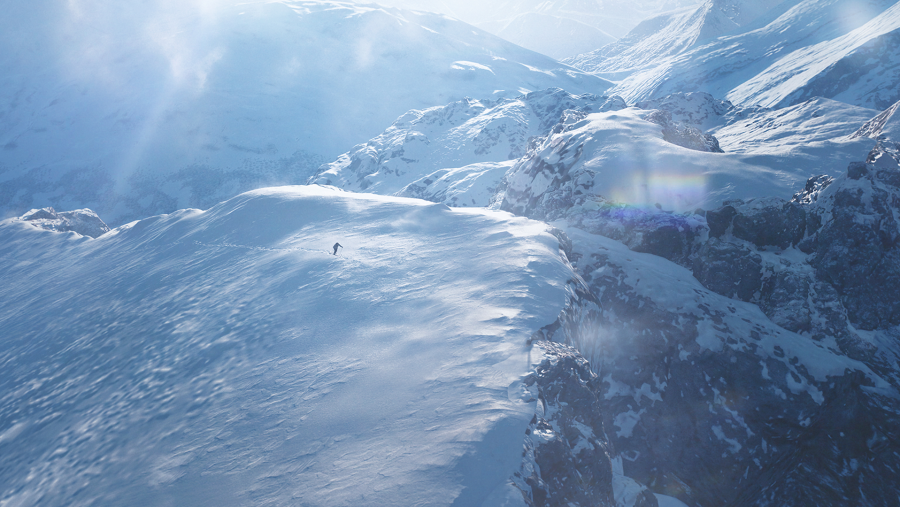 Alone in the snow

And then there was Nordlys, which for the 90 minutes or so it took me to complete, felt every bit the hard-edged combat thriller. As a Norwegian resistance fighter, you spend significant chunks of the campaign fighting alone and with limited resources. Your enemies are twofold: the much better equipped and established German army, and the vicious cold. It’s all unwelcoming facility buildings and blizzard swept mountainsides, emphasising the toughness, brutality, and isolation of life as a resistance fighter.

Being alone, exposed to the elements and close to death added significant drama to the action

As a lone fighter in the wilderness of Norway, stealth, long-range shots, and inch-by-inch progression served me best, as I tackled smaller groups of soldiers in relative darkness, and less capacious facilities. Later, I was armed with a handful of throwable blades and no other weapons, left in howling wind with vision restricted by the weather. More pressingly, the cold would kill off my character if I didn’t stop by fires to warm up. That meant spotting a fire, rushing to it, tackling guards almost unarmed, and moving to the next heat source before the cold got the better of me.
The feeling of being alone, exposed to the elements and close to death, and with a huge responsibility that could shift the tide of the war, added significant drama to the action. There was also a welcome break in the tension with a spot of skiing to be done. Certainly, Nordlys delivers variety, both within its own framework and among the other War Stories.

But it’s not just about the harshness of winter combat. Without giving too much away, Nordlys is as much about how a conflict can consume a family as it is about the war itself. Fighting alongside your mother in interiors and tight outdoor spaces that encourage close-quarters play, you’re separated after working together to clear through enemy ranks and damage infrastructure at a plant associated with the development of an ingredient used to make atomic bombs. Your paths will cross again, and when you do the theme of this story comes into clear focus – sacrifice for the greater good. When seeing her daughter at gunpoint, should a mother consider her family, or the fate of humanity? 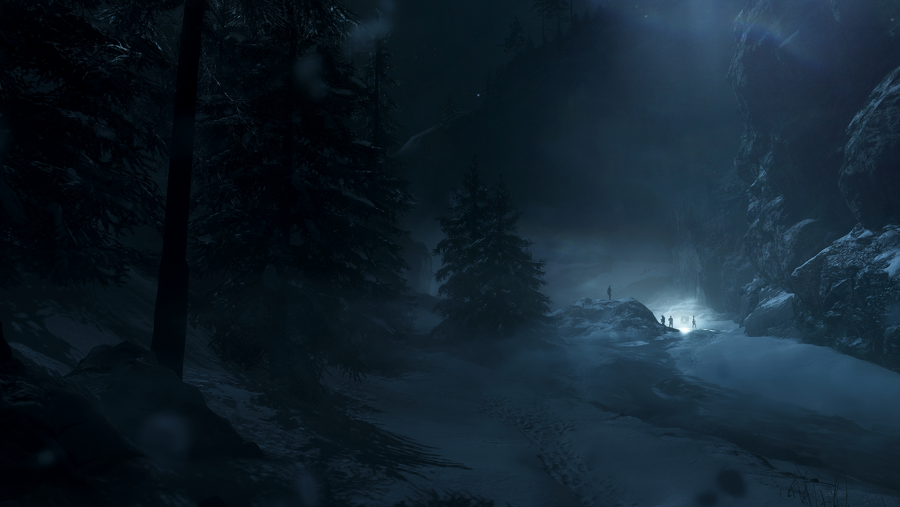 My worry when playing through Nordlys was the freedom it offers to approach encounters as quietly or as loudly as you wish. Only for the reason that, if such liberty was spread across each War Story, their distinctiveness could suffer. you could simply adopt the same playstyle each time. That would turn the setting of each campaign into little more than a backdrop.

Battlefield 5 is one of the first games to allow RTX ray tracing, the technology that means all reflections and other uses of light are 'real'. A shiny surface will reflect the world around it based on exactly how and when rays of light hit it. You can see from the videos released already that the results create a world with an extra layer of realism.

However, the tone of each campaign acts as a strong conductor. The largely solitary experience of Nordlys encourages survival-minded play, prioritising careful advances, even if bluster could get the job done. By contrast, the action of Under No Flag courts a fast and loose play style that compliments the drama. That DICE manages to have such influence through stage direction is an impressive and subtle way of offering player freedom while encouraging variety.

Battlefield V is, of course, a straight-down-the-middle FPS. Gameplay diversity here is within the confines of a fairly constrained genre. You might have to employ different strategies and weapons, but you’re largely going to be lining up a crosshair, shooting anyone that gets in your way. Occasionally you’ll find yourself in a tank or a plane, and these vehicles feel appropriately solid and physical; but still, crosshairs, aiming, and triggers are at the heart of the interactions.

The tone of each campaign acts as a strong conductor

This isn’t to berate Battlefield V – I wouldn’t expect DICE to go wild and loose with what an FPS is, and most players will come to the game wanting a conventional shooter. I only mean to highlight that it offers familiarity over reinventing its form. Don’t go into War Stories expecting a challenge to your preconceptions of what a military FPS is. Entirely sensibly, DICE has left that honour to the genre’s fringe practitioners. 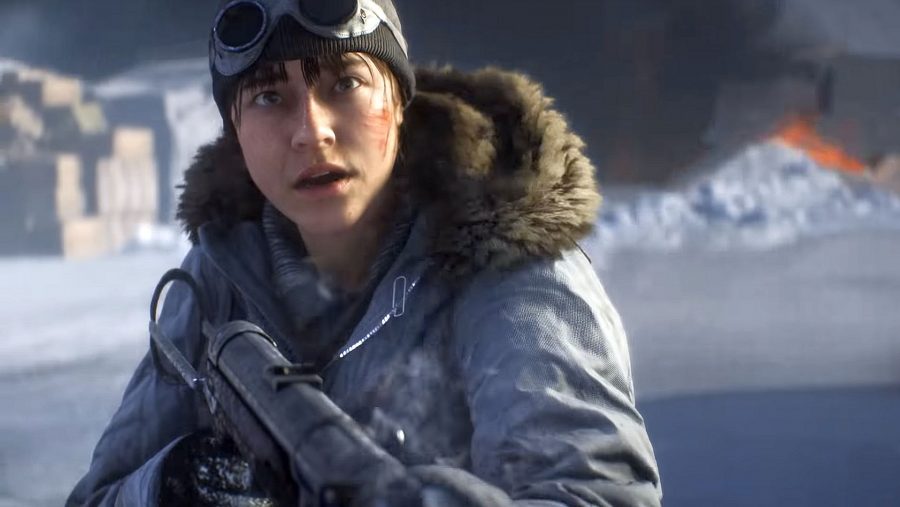 It’s quickly apparent these War Stories are FPS adventures for those with an interest in what it was like to be an individual in that war. With that grounding it’s easier to ask yourself that persistent question: ‘how would I have fared?’. These War Stories emphasise their protagonists as distinct characters, rather than generic grunts, and recount events unlike the familiar chronicles of US marines up to their necks in a constant supply of equipment, ordnance, and candy bars from home.

If your interest is charging about a map tallying up kills for your team while competing with other real humans, you might not care for pondering the experience of the born and bred resistance fighter. But if you’ve long enjoyed military fiction and non-fiction and rued the dwindling status of single-player, War Stories certainly shows promise. It may just be that Battlefield V is two games for two audiences, under one title.