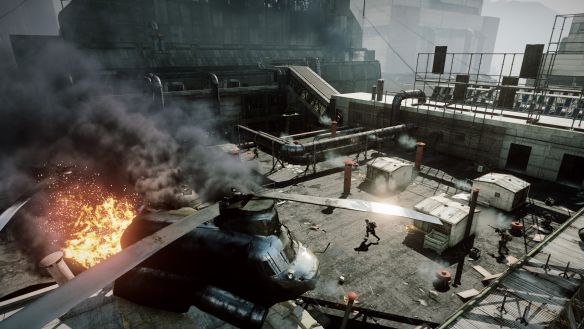 The maps are based around high speed combat and will be an ideal showcase for the new dirt bikes, which sound like very dangerous things to go into battle on, but potentially hilarious. The return of a capture the flag mode will also put smiles on many faces.

The drop ships are likely to seriously shake things up, as developer DICE says they’ll allow for rapid air deployment of troop transports. Looks like we’ll have to keep one eye on the skies from now on.

End Game is the fifth expansion for Battlefield 3 and it’s due in March of next year.