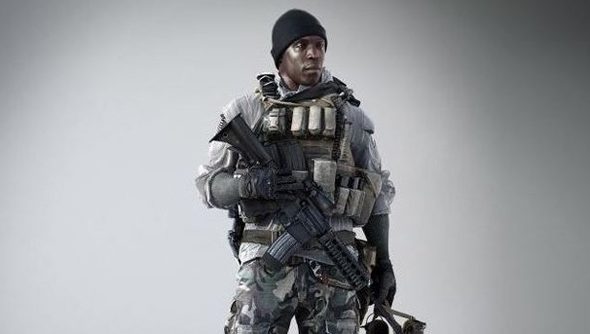 We do like to feel smart. That’s why Tim employs all these hangers-on to stand behind our swively chairs and shout ‘bravo’ whenever we publish a post. At least, that was when we had chairs. The repo men told us to choose between the seats and the sycophants: no choice at all.

We’ll feel even smarter standing to play Battlefield 4, apparently. DICE have admitted that Battlefield didn’t take “the most exciting” approach to single player encounter design, and have opened up the sequel’s campaign to allow for a modicum of player agency.

Speaking to Battlefield 4 creative director Lars Gustavsson at the EB Expo in Sydney, CVG asked whether there was any need for a single player Battlefield at all.

“The future will tell, but where we come from we do single player because we want to and we’ve learned a lot while doing it, and I think we have a great story to tell,” said Gustavsson.

“As a team and a studio we’ve learned so much from crossbreeding between single player and multiplayer. The whole concept of Levolution in many ways comes from single player, and our exploring how we could bring drama and interaction to the world.”

Gustavsson spoke in defence of Battlefield 3’s campaign mode, but acknowledged that it wasn’t a great fit for the series’ speciality: open warfare.

“We got a lot of feedback from the Battlefield 3 singleplayer, and based on what we intended to deliver the team did a great job, but given that it’s a Battlefield product there were a lot of expectations that it would be more open.

“What we promised ourselves [with Battlefield 4] was to unify the product more, so we infused a lot of the things from multiplayer – from being able to use your squad – into multiplayer, so now you can use them in single player to engage enemies,” he explained.

“First and foremost we’re opening up the encounters more to give you the freedom to decide how to tackle them, whereas in Battlefield 3 it was more ‘pick up that one and kill that one’, which I can agree is not the most exciting way. Players want to feel smart doing what they’re doing.”

For more on what’s changed, see Jules’ piece on everything we know about Battlefield 4. And it’s worth remembering that DICE general manager Karl Magnus Troedsson said in June that Battlefield 4 multiplayer would inform its campaign, providing greater tactical scope. All reassuring stuff, yes?