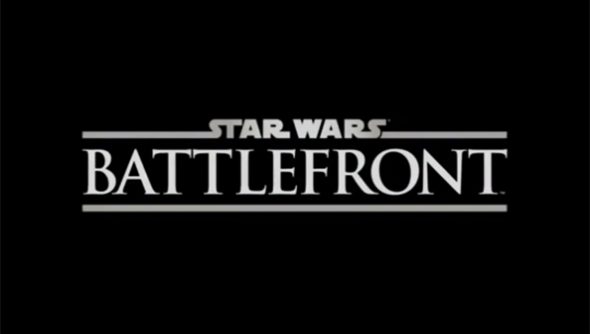 Surely no other developer has enjoyed quite so much conference screentime this E3 as DICE, who’ve popped up repeatedly via the three mediums of Battlefield 4, Mirror’s Edge 2 and their reboot of Star Wars: Battlefront.

They’ve kept mostly schtum on the latter game, however, which like Mirror’s Edge is very much in the early stages of development. What DICE’s Patrich Bach will say is that a simple Battlefield reskin would be too “boring” to hold his studio’s attention.

“We don’t want Star Wars plus Battlefield,” Bach told IGN, “because that would be boring, right?”

“In general, we wouldn’t build a game that is a copy of someone else’s game,” he continued. “We couldn’t do that. We’re too stubborn and too annoying for people to think we could do that.”

Right now, the Swedish shooter specialists are “figuring out what we want to build” and, intriguingly, looking “at the history of the Battlefront franchise to reverse engineer it… to find out what it was supposed to be.”

What do you think the Battlefront series was supposed to be? Moreover, what was it anyway? I can scarcely be expected to remember – it was 2005. I was listening to Bloc Party, for chrissake.